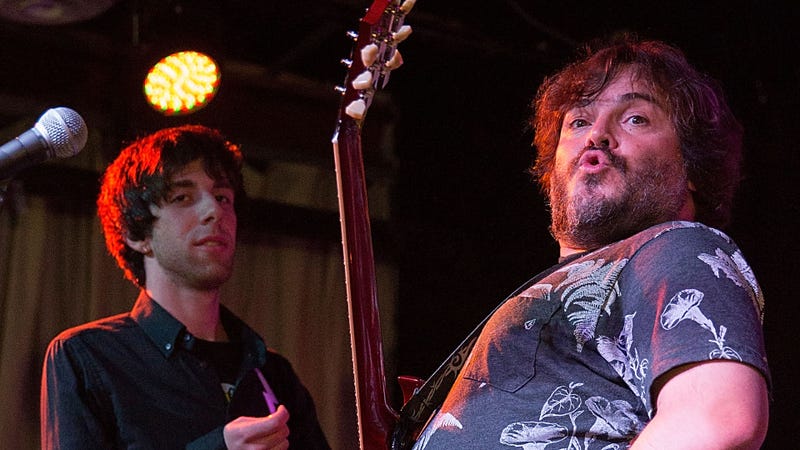 Following the shocking news of the death of School Of Rock actor/drummer Kevin Clark (Freddy "Spazzy McGee" Jones), who was struck and killed in a bike accident early on Wednesday morning, those who were closest to him have been reaching out on social media with their memories. Jack Black, Miranda Cosgrove, and more have offered their thoughts and condolences to friends and family during this tragic time.

Sharing the news of Clark's passing on his social accounts, School Of Rock "teacher" Jack Black (Dewey Finn) said Kevin was taken "way too soon," adding he was a "Beautiful soul. So many great memories. Heartbroken." Black concluded by sending love to Clark's family "and the whole School of Rock community."

School Of Rock "manager" Miranda Cosgrove (Summer Hathaway) posted a series of throwback photos of herself and Clark saying she was "stunned and saddened" by the news, adding, "the world lost an amazing soul. I’ll always remember your spirit and how kind you were to me. I’ll never forget all the memories."

The movie's bassist, actor Rivkah Reyes (Katie) also shared their thoughts on social media, saying they spoke with Kevin just the day before his passing about "being on an episode of where are we now. i know it would’ve been chaotic and hilarious and so full of love and hyping each other up because that’s how our friendship always has been." Reyes reminisced about their relationship over the years and offering their support to his family, ending the post saying "i am so grateful that my fellow cast mates, including jables, have been able to support each other through this day. we are a strong, loving family. love you forever, spaz."

According to police, 32-year-old Clark was riding his bicycle in Chicago's Logan Square at about 1:20 in the morning when he was hit by a Toyota sedan while crossing the street, suffering trauma throughout his body. Clark was pronounced deceased at the hospital. Apparently, the car's 20-year-old driver was not injured and was reportedly issued tickets.

You can see more tributes from friends, family, and fans right here. And now, let's remember Kevin with "a gut-busting drum solo from Freddy... Take it away!" (Skip to 2:40)