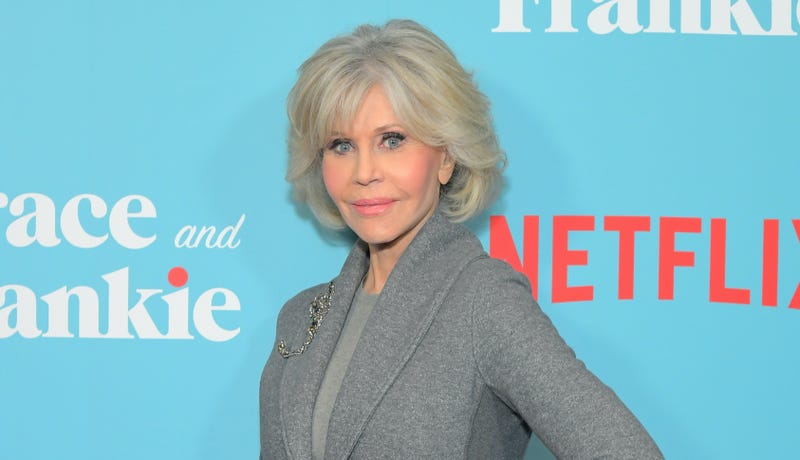 Jane Fonda gave fans an intimate look into her views on the life by answering one of the greatest mysteries: What happens after we die?

The “Grace and Frankie” star, 83, spoke about the afterlife during her latest appearance on “The Late Show with Stephen Colbert,” reported Prevention.

“I think that you remain energetically with the people that loved you, which is why it’s so important to be loved than to love,” she said to Colbert. “If people love you, then you remain in their memory energetically.”

She continued, “You know, I feel my father around me quite often, energetically.”

Her father was legendary actor Henry Fonda, who passed away in 1982 at the age of 77.

Fonda, who has won 2 Academy Awards for Best Actress, is set to finish up her run on the Netflix series "Grace and Frankie" alongside Lily Tomlin. The show had started filming its 7th and final season when the COVID pandemic halted production. The streaming giant has yet to announce a premiere date for the new season.

A member of one of America’s most distinguished acting families, made an impact off-screen by creating organizations to support women’s equality and prevent teen pregnancy and improve adolescent health. She released a workout video in 1982 and was active on behalf of liberal political causes, the Associated Press reported.

“Her undeniable talent has gained her the highest level of recognition,” HFPA President Ali Sar said of Fonda. “While her professional life has taken many turns, her unwavering commitment to evoking change has remained.”