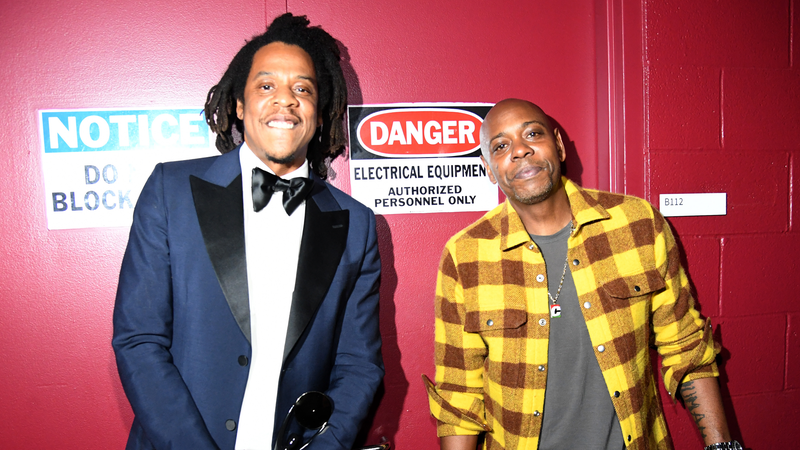 JAY-Z has entered the conversation, coming to Dave Chappelle’s defense in regards to his Netflix comedy special controversy, just days after Chappelle gave a glowing speech inducting Hov into the Rock & Roll Hall of Fame.

Weighing in during a Twitter Spaces conversation with Vulture's Craig Jenkins﻿, the rapper was asked to share his thoughts about Chappelle’s transphobic statements in the The Closer that have since led to major backlash and a walkout from many of the platform's employees. To which JAY-Z had the following to say —

“If you spend time with him, he’s brilliant,” JAY-Z said, calling the comedian "super-brave and super-genius,” while also admitting that the special "pushed a lot of buttons,” and that he himself found it challenging to watch at times.

When further pressed by Jenkins as to whether he believed The Closer to be "divisive," JAY declined to speak on behalf of Chappelle's work. However, he did say, “I think great art is divisive. Some people like it, some people hate it. When you’re making great art, you have to be fearless and create something that you believe in. That’s what it’s about.”