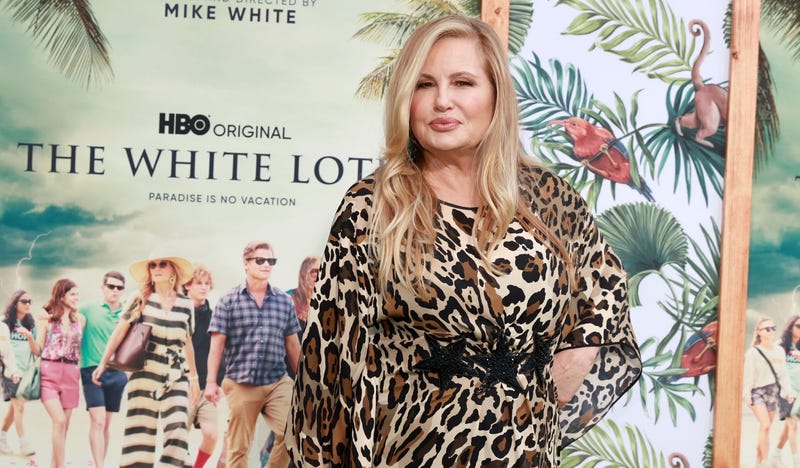 The Fourth of July may make her want a hot dog real bad, but it was pizza that almost prevented Jennifer Coolidge from her latest gig.

The “Legally Blonde” star has opened up about struggling throughout pandemic lockdowns last year and how she almost turned down her critically-acclaimed role on the new HBO comedy-drama series “The White Lotus.”

"I was really affected by the pandemic," Coolidge told The Guardian. "It was an incredibly sad time. I was reading tragic news stories on a daily basis, had a fatalistic approach, and assumed the virus was going to win. I knew people who lost their lives and was convinced we wouldn't make it through. I wasn't thinking about work, because I didn't think we'd be alive."

The 59-year-old described getting a phone call from “The White Lotus” writer/director Mike White who wanted her to appear in the Hawaii-set limited-series.

"His show about rich people on vacation had been picked up by HBO and he'd written a role with me in mind. I said: 'OK, when are we doing it?' He said: 'What do you mean? We just got green-lit. We're doing it now. You need to get on a plane to Hawaii,’” Coolidge recounted. “That was an impossibility to my mind. I'd been gorging and self-destructing at home for months, eating pizza all day. There was no way I wanted to be on film unless they shot me from the neck up."

Thankfully, Coolidge relented and took on the role of the boozy socialite Tanya McQuoid. She’s now extremely grateful for getting past her fears and filming the series at the end of last year.

"It's such a great lesson in life," she told the outlet. "I'd never have forgiven myself. I would've sat down to watch The White Lotus and said: 'What the hell was I thinking? I'm an insane person.' A lot of us actors are so insecure and scared of failure, we blow our own chances."

With the finale of “The White Lotus” set to air on Sunday, HBO has announced the series has been renewed for another season, reported Variety.

Unfortunately, Coolidge will not be reprising her role of Tanya as the second season will follow a new cast in a different location.