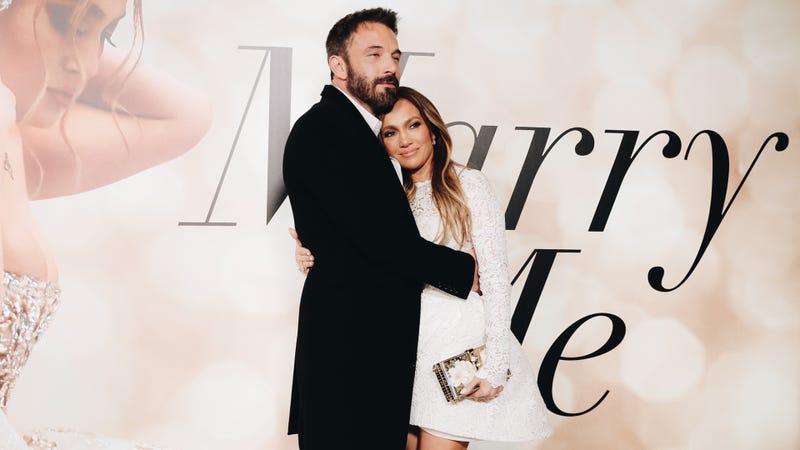 After days of speculation, Jennifer Lopez made it official to fans on Friday night that the star was once again engaged to Ben Affleck.

Via her On The JLo newsletter, Lopez flashed the huge green diamond given to her by Ben while telling fans of her "special story" and "major announcement." JLo also added a ring emoji to her Twitter handle as she teased fans with the details. The engagement drew reaction from sister Lynda Lopez on IG, and a confirmation from her team to People as well.

Lopez and Affleck were previously engaged in November of 2002 inside a storm of media coverage, but ultimately called off their engagement in January of 2004. In the decades since, both married others - with Lopez wedding Marc Anthony later in 2004 and Affleck marrying Jennifer Garner in 2005. However both marriages ended in divorce, Lopez in 2011 and Affleck in 2018.

The pair reconnected publicly in May of 2021, spotted sharing moments together before ultimately going IG official a few months later. Now they are giving romance another chance 2 decades later.

"I've had second chances in my career. I've had second chances as a human being. Life is difficult, and we are always failing and hopefully learning from those failures," Affleck shared with WSJ in December. "The one thing you really need to avail yourself of the opportunities provided from that growth is the second chance. I've definitely tried to take advantage of that. I haven't always been successful, but in cases in which I have, they've turned out to be the defining aspects of my life."