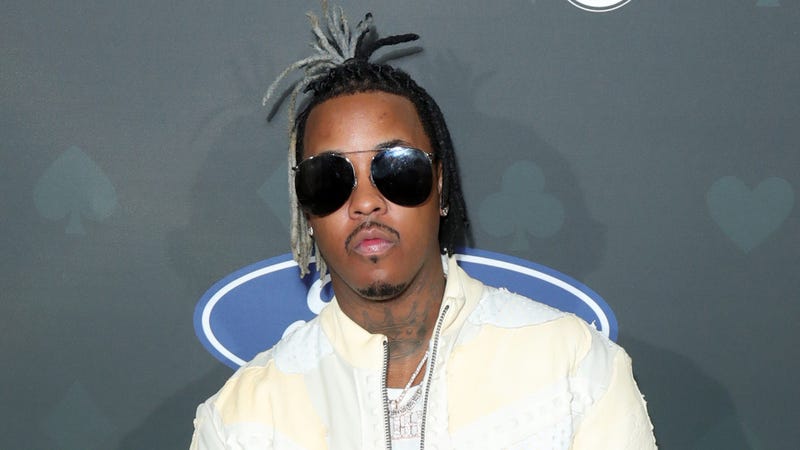 While visiting V103’s The Big Tigger Morning Show in Atlanta, Jeremih revealed details about his life-threatening battle with COVID-19 that forced him to learn how to walk again, but pushed him to create more music.

LISTEN NOW: Jeremih updates on his health after a life-threatening battle with COVID

In November of 2020, Jeremih tested positive for COVID-19 and was placed in ICU as he suffered several complications. He explained that he was diagnosed with a rare case of Multisystem Inflammatory Syndrome (MIS). MIS causes multiple parts of the body, like the heart, lungs, brain and more to become inflamed.

“All my organs exploded,” Jeremih explained how it felt dealing with MIS. While in the hospital for a month and a half, he feared that he wouldn’t be able to sing again. He had a tracheostomy which is an incision at the front of the neck where a tube is placed to assist with breathing.

In addition to the COVID diagnosis, it was a very trying time for him, as his son was born the month before while he was still grieving the loss of his father and grandfather. “All in that time… I almost lost myself,” he said.

After winning his fight against COVID, he shared that he was analyzing YouTube and his past projects; he felt like he hasn’t done enough to leave his mark on the world.

“I don’t feel like I left what I was supposed to leave had I left,” Jeremih expressed.

So now he is hitting the ground running and just released his new single, "Changes," which he admitted is a part of a larger project set to release at the “top of the year.” With his last album, Late Nights, having been released seven years ago, Jeremih is excited for fans to hear what he has been working on.

LISTEN NOW: Jeremih talks his new song, "Changes" and his new album he's been working on

Listeners could possibly look forward to a project with Jeremih and Jazmine Sullivan as he shared that she is someone he really wants to work with. To hear more about that and more, listen to the interview clips above.