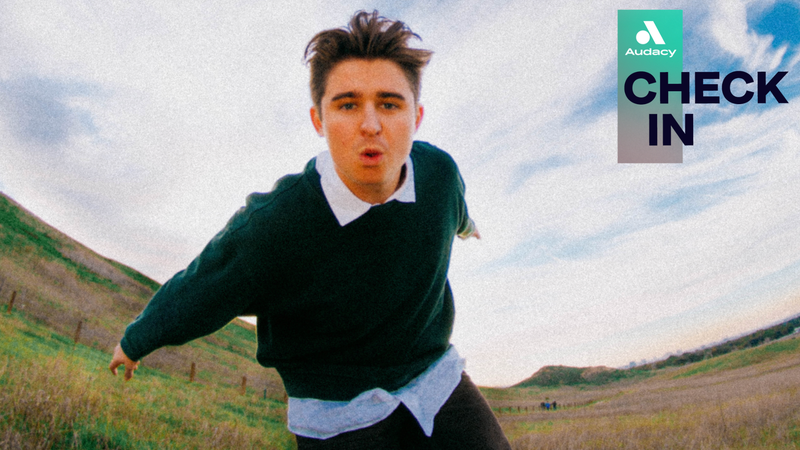 Nicky Youre has had himself quite the summer, as his track “Sunroof,” has become a bona fide bop. After dropping a slew of remixes for his smash hit, featuring Thomas Rhett, 24kGoldn, Loud Luxury, and Manuel Turizo, Nicky is checking in with Audacy’s Mike Adam to discuss the VMAs, who he’s been DM-ing, as well as what’s next.

LISTEN NOW: Audacy Check In with Nicky Youre

Nominated for Song of the Summer at the 2022 MTV VMAs, because duh, Nicky revealed the standout moment at the award show he’ll never forget. “Seeing my name in the big screen when they started doing all the nominations, that was pretty insane. Just to have that many people looking at me and then being next to who I was next to,” artists like Harry Styles, Lizzo and Beyoncé. He continued, “That was probably the biggest thing, that I was like ‘wow,’ I’m doing the right things right now with my music, and like making the right decisions and hopefully I can keep doing that too.”

When talking about his songwriting process, Youre admitted he doesn’t really look to deep to find inspiration. “It’s pretty interesting,” he said, “I don’t really actually write at all with like any thought, I guess. I kinda just say words until it makes sense to me.” That said, Nicky explained that “every song that I’ve written, after I write it, I end up looking back and it’s always about something about my life.”

“That’s how ‘Sunroof’ came too. I was by myself in my room like one night without a song. And I was just feeling really good from the past year, because it was the best year of my life at the time. And then that song just came out of thin air really."

WATCH NOW: Audacy Check In with Nicky Youre

After having previously noted he met MOD SUN and Conan Gray during his first time attending the VMAs, Mike was curious if Nicky was currently DM-ing any artists in particular, to not so subtly get the scoop on any potential collabs.

“Pink Sweat$ gave me a follow a little while ago, I was too scared to say hi, I’ll probably DM him soon to say what’s up. Like Quinn XCII, who I’m a huge fan of, said what’s up and we’ve been talking. And we have a lot in common in terms of music and our taste, so hopefully that could lead to something," Nicky said. Also name dropping Tai Verdes as a dream collab.

The two also talked potential names for Nicky’s eventual first full length album, a topic Mike actually brought up, having two of his own suggestions. “I was thinking either 'Youre Welcome,' or 'Truly Youres,'” both of which Nicky thought were “really cute.” Admitting that at one point his stage name was actually going to be Nicky Youres before he opted to drop the S and after he decided against Roy Corder. A decision you definitely want to hear all about, listen to the entire interview above.

Listen to all the Summer Hits now on Audacy