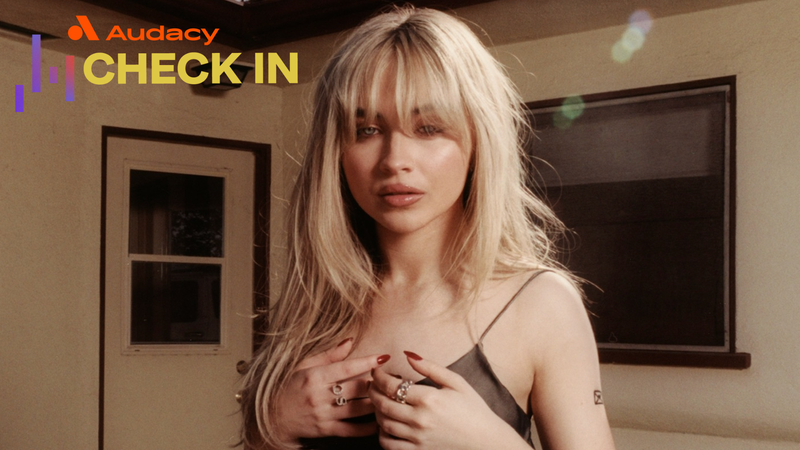 After just wrapping up her headlining tour (which btw sold out in less than 24 hours) in support of her new album emails i cant send (which nbd has garnered over 246.6M streams), Sabrina Carpenter checked in with Audacy's Bru to chat all about it and fill us in on what she’s got coming up next.

Continuing to talk about emails i cant send, Sabrina pointed out that “this album was a huge shift,” after going through “a lot of changes through the pandemic, as everybody else did.” Expressing it “took her a long time to make, and allow myself to finish and close the chapter because it was just like one that I was like ‘this could probably go on forever.’” Additionally noting feeling as though “this portion of my life feels like a very pivotal period of growth for me.”

Absolutely elated and grateful from her experience on tour, Sabrina shared, “they sold out every show before I left, so that was such an incredible, I could have never asked or assumed that after like three years off the road that that would happen.”

“The crowds made every single show so so special,” Sabrina gushed, “they were so loud sometimes I couldn’t hear myself and that was like just heartwarming.. especially it’s such a wordy album so I was like very very impressed that they were as brushed up as they were, and yeah I can’t wait to do more.”

When discussing the new music video for her track “Nonsense,” Sabrina said, “the second I knew I was making a video I was like ‘I want my best friends in it, and I want to just dress up as guys and flirt with ourselves and just have fun,’ cause the whole song is just nonsense. So we really got to embody what it feels like to be a guy, or at least my version.” Going on to call the visual “controlled chaos.”

Currently working on “quite a few things,” deliberating on “what to say and what not to say,” Sabrina opted to address her fans with concerns about the emails i cant send era being over. Sharing, “it’s not over, and that’s all I’ll say.”

Sabrina and Bru also went on to talk about if she feels the need to explain every lyric and living your truth and learning to accept that not everyone is going to like you. So for all that and a bit more, listen to the entire interview above.