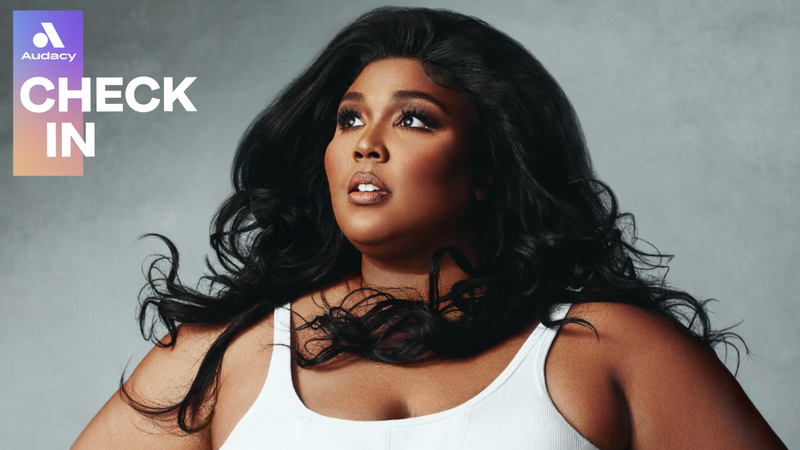 It’s “About Damn Time” Lizzo checked back in with Audacy to chat about her incredible summer and her album Special. Lucky for us, she is, calling in for a quick convo with Kenzie.

From performing at and winning VMAs, being name dropped by Beyoncé, soft launching her mans, rubbing up against Tyson Beckford in her latest music video, and continuously promoting self-love, Lizzo is living her best life and also in our heads rent free.

Speaking of that Tyson Beckford moment in Lizzo’s “2 Be Loved” visual, even though we were all kind of expecting Chris Evans, it still had us gasping for air. And that was exactly Lizzo’s intention.

“Well Tyson Beckford is like THE male supermodel of the world. And he has been in so many iconic music videos as the leading man, and y’know I felt like I wanted to have an iconic moment and so to have him say yes was a big f***ing deal,” Lizzo expressed. “I don’t think there’s anyone else that could play the part.”

Next up for the “Juice” singer, is her upcoming Special Tour, with Latto as her opening act, which Lizzo is absolutely ecstatic for. “So fun, she has the best energy," Lizzo exclaimed, "like I’m just so excited to just hear her music every single night.” And forewarning to those who plan on attending directly from Lizzo herself, “just wear comfortable shoes y’know, wear breathable clothing, because it’s really gonna be like dancing all night long.”

As for what she’s most excited for in regards to going on the road with Latto , Lizzo answered with a sly smile saying, “I can’t wait until we’re in a city where we can really just turn up together… like after the show, like New York.” Where the singer has back-to-back shows.

Moving on to some rapid fire questions or shall we say Kenzie's Quickies, where the first question involved nicknames, which Lizzo herself has a few of, Lizzo actually being one of them, as her given name is Melissa. When asked “when you do love someone or are in a relationship with somebody, what do you want them to call you?” Lizzo not only revealed that she is in fact “in love,” but she also offered up that her mans calls her “Melly.” Ugh! How adorbs is that.

As for which one of her songs gets her most in her feels while performing it, Lizzo admitted, “I feel like I’ve cried during ‘Good as Hell’ more than any other song in my sets.” And the most surprising person to ever slide into her DMs, that would have to be Rihanna, Lizzo revealed. Noting, “she’s so cool… I didn’t even know I was on her radar.” And in case you wondering what the song of the summer is, according to Lizzo its “About Damn Time” … “and that’s on period boo.”

Listen to the entire convo above.