Goo Goo Dolls frontman John Rzeznik joined Audacy host Jayn today to celebrate the imminent release of their new compilation album and get reacquainted with one of the hardest working bands in the business as the world begins to open back up post-pandemic.

On Friday, June 25, the Goo Goo Dolls' newest release will hit shelves and streaming services; A brand new 20 song compilation album titled Rarities, which will be available in digital, vinyl, and CD formats featuring new versions of fan favorites spanning from '95 to '07 including B-sides, live and acoustic tracks, radio performances, and international releases. Also included are some additional non-album surprises thrown in for good measure. Check out the tracklist here.

While you could assume choosing which songs and which versions should make the cut for the new comp would be a process that he would stress over, “my take for picking the songs for ‘Rarities,’” John says, “was, I didn’t.” Providing a little bit of context, John says the idea came about when he was at his manager’s office while he was doing some spring cleaning. “He was cleaning out a closet and found all these old DAT tapes,” John says, but had no equipment in order to play them. So, John found him a DAT player and told him to go forth. “So, he picked everything that’s on there,” John admits. “It’s great… you know, the ‘Take Me Out to the Ball Game’ thing at the end was a little, meh, but he wanted it, so I said ‘OK, fine.’”

Not about to let him slide away from sports talk, Jayn pressed for more baseball details. “At that point in time in our career,” John says, “somebody called and offered us money to actually do something. So, we were all like, ‘YEAH WE’LL DO IT!’ I don’t even think it was that much money, but at the time it seemed like an enormous sum. So, we did that; we’re all baseball fans... Toronto Blue Jays, Cleveland Indians… I love going to baseball games but I can’t sit through an entire season of baseball, you know what I mean? A fair-weather fan.”

One of our first tastes of Rarities came in the form of the band’s live version of INXS’ “Don’t Change” – a “perfect” cover according to Jayn, true to the original but uniquely Goo Goo Dolls flavored. “That was one of the first videos I’d ever seen on MTV, and the song was just so undeniably great,” says John. “It was a song that [bassist] Robby [Tacak] and I would play at shows early on and then we got the chance to work with a guy named Jerry Finn... such a great engineer and producer, unfortunately he died, but it was such a pleasure to be able to work with that guy, because the sound of those recordings, the urgency in that recording is just so good.”

Of the many reasons why a band may choose the covers songs they perform, one of those is likely the fact that the players themselves wish, in a way, that they had written the song themselves. John agrees fully, admitting that his list of songs that he wishes he had written is “endless.” Offering Don McLean’s “American Pie” as an example, “I’m just like, ‘you gotta be kidding me!’ And it just goes on and on and on… you’re like, ‘that was a flash of brilliance!’ There’s some Who songs from ‘Who’s Next’ and ‘Quadrophenia’ where I’m just like, ‘man, Pete Townshend is such a genius.’” With the ‘70s covered, John took us into his ‘80s influences like INXS, The Clash, Elvis Costello, Echo and the Bunnymen, The Smiths… “I loved all of that,” he says. “I was just blown away by so much of that because you grow up in Buffalo and you don’t hear a lot of that on the radio. We didn’t get a lot of that music like in a bigger city like Los Angeles or San Francisco where people embraced this ‘Alternative’ rock. It was not welcomed there, so I found this really great underground niche of people, and music, and art, and books, and learning. It was really exciting because it was such a vibrant underground scene of filmmakers and musicians… and we all hung out together, got drunk together, created together.” 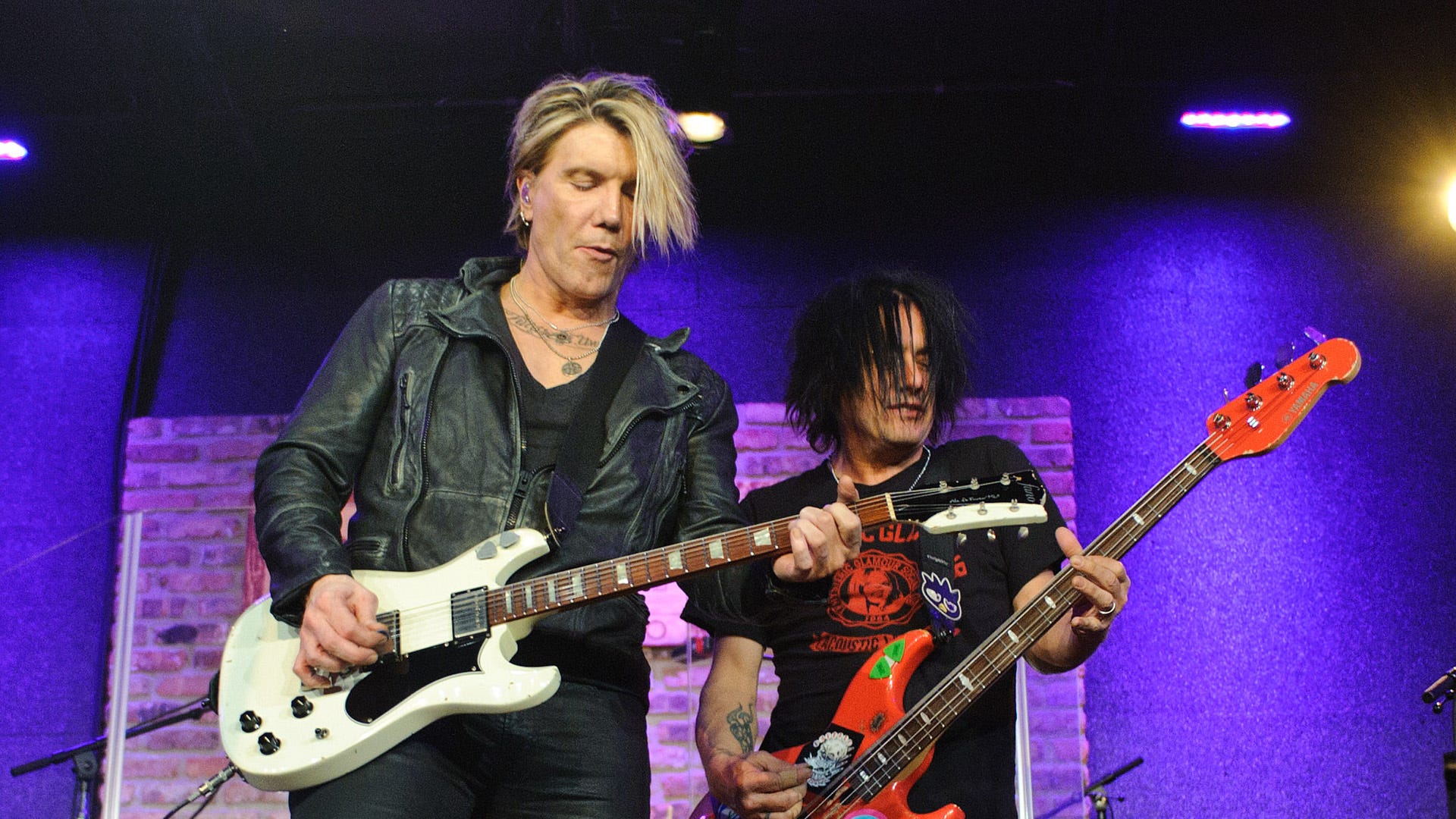 Aside from the excitement over their new release, the Goos will be hitting the road on their postponed tour in 2022, giving the group plenty of time to squeeze out even more awesome surprises and fine-tune their already amazing live experience.

Looking back, some of John’s happiest life moments have happened while on stage. “My bliss from being on stage is when people have signs and the things that they say, he says. "Well, when we were a lot younger it was girls throwing their phone numbers at us which goes away as you get older. But the bliss of being on stage is when somebody says to me before a show, ‘that song really helped me out,’ and then you play it and try to dedicate the song to that person. That to me, if someone did that for me, I would just be a puddle on the floor. Music is that constant companion that won’t let you down and it does speak to a very primal part of us and I think it triggers memories in a very deep, profound way.”

Heading into 2022, the band will be kicking off their postponed Summer Tour on July 26, 2022 in Salt Lake City, UT. Joining the 4X GRAMMY-nominated, multi-platinum selling group will be Texas natives Blue October on the 24 date trek across the U.S. with more shows currently being added. Tickets are on sale now with VIP options available at googoodolls.com.

Watch our full interview with John Rzeznik of the Goo Goo Dolls above -- and stay tuned for even more conversations with your favorite artists right here on Audacy.com/live.