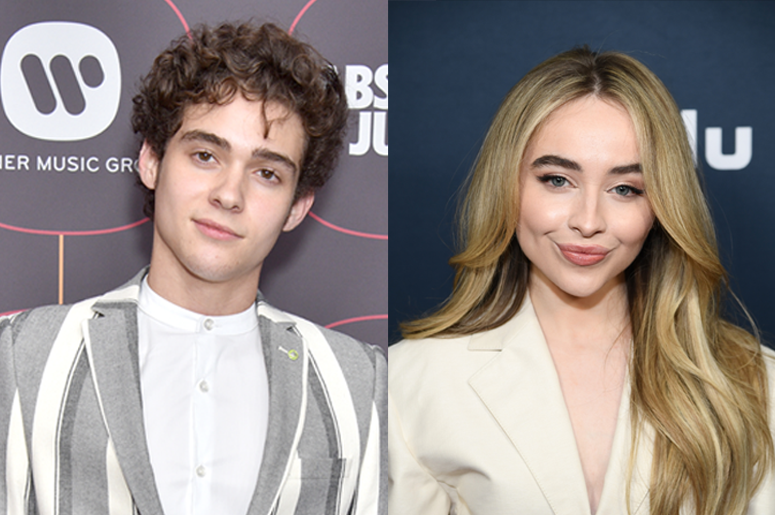 Yeah, he said it would be, but now it’s not on the EP (*sing like the last line in “drivers license.”) Okay now that we got that out of our system. Lets talk about the fact that Joshua Bassett’s EP will missing one highly anticipated song.

“We Both Know," his collaboration with Sabrina Carpenter will no longer be a part of Joshua’s self-titled debut project, and will instead be replaced with another track, "Telling Myself.”

Even after both hyped up the collab, Sabrina even getting us excited about it during her recent RADIO.COM Check-In. Without saying too much of course, she did share that, “it's a collaboration very dear to my heart that I'm very excited about.” Still, Bassett ultimately decided to omit the track to avoid the other type of hype.

Talking to Billboard about why he made that decision, he did note that while he and Carpenter are "super excited about" the song, now is just not the time for it, adding, “it was very much a mutual conversation about what is best right now for everybody and this whole situation.”

As for his reasoning, Bassett said, “I didn’t want my EP to be overshadowed by some other narrative that people were trying to make. I really want the focus to be on the art instead of some of the talk and the chatter. You shouldn’t live to please everybody, but at the same time, there are ways to be sensitive to situations where maybe 'We Both Know' has a better chance at a different time.”

That “narrative” Joshua attempted to subtly mention is of course the teenage dramz that ensued after the release of Olivia Rodrigo’s “drivers license.” You know, the love triangle rumors between herself, Basset and Carpenter. Sabrina subsequently releasing her single “Skin,” definitely didn’t detract from the so-called “narrative,” so Joshua’s chose a different route, to just opt out.

Even with hopes of an eventual release, Joshua did say that he doesn’t "have any guarantee" that "We Both Know" will ever get released. Which simply relies on if the rumors stop. Guess if we ever want to hear that song, we should probably stop talking about you know what.