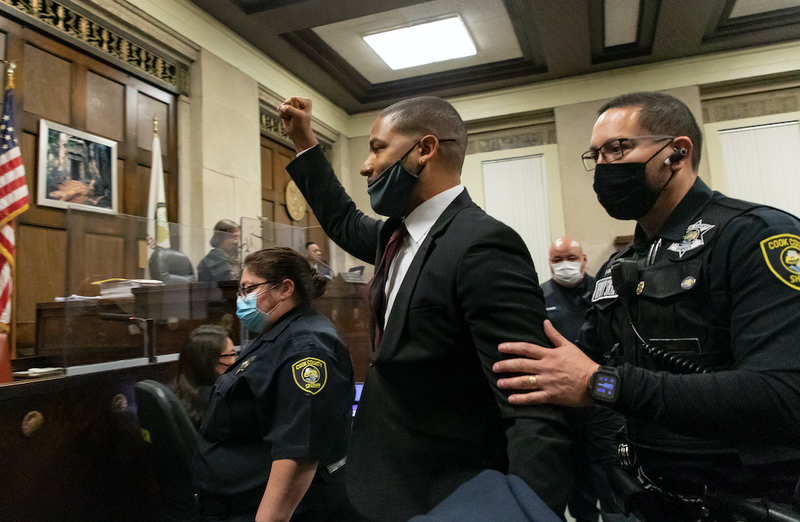 Actor Jussie Smollett is led out of the courtroom after being sentenced at the Leighton Criminal Court Building on March 10, 2022 in Chicago, Illinois. Photo credit Photo by Brian Cassella-Pool/Getty Images
By WBBM Newsradio Staff Report, WBBM

A Cook County judge on Thursday sentenced actor-musician Jussie Smollett to 30 months of felony probation, including a five-month jail stint, following his conviction on faking a hate crime against himself and lying about it to police.

A jury in December convicted the former “Empire” co-star of five counts of disorderly conduct. Prosecutors say Smollett staged a bogus battery in January 2019 in Chicago and claimed assailants had yelled racist and homophobic taunts, put a noose around his neck and splashed him with bleach. Smollett, 39, is Black and openly gay.

In a lengthy tongue-lashing, Judge James Linn said Smollett did potential damage to real hate-crime victims with his premeditated actions. He said it’s baffling because of Smollett’s and his family’s longtime advocacy for social justice.

“The hypocrisy is just astounding. I don’t know where to begin,” said Linn, who called the actor arrogant and narcissistic.

The judge speculated Smollett was seeking additional fame by cooking up the scheme: "You were actually throwing a national pity party for yourself." 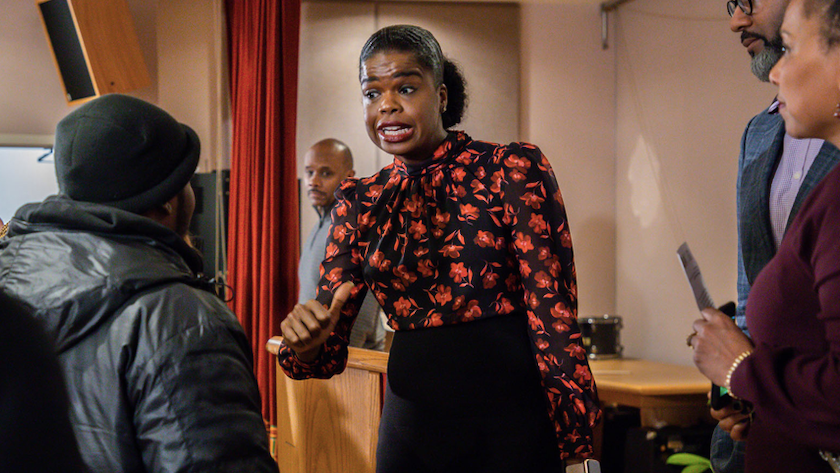 Foxx blasts outside prosecution of Jussie Smollett, calling it 'damaging, costly and disingenuous'

Linn sentenced Smollett to 30 months of felony probation, but ordered him to serve the first 150 days in the Cook County Jail, immediately. In addition, the judge ordered the actor to pay $120,106 in restitution to the city of Chicago for its extensive police investigation and also to pay a $25,000 fine.

Smollett declined to make a statement before sentencing. After being ordered into immediate custody, he insisted he is innocent and declared, "I am not suicidal," in case something happens to him behind bars.

The sentence handed down Thursday came after a presentation by defense attorney Tina Glandian, who argued Smollett should receive a new trial based on what she called errors in the Chicago police investigation and subsequent trial.

Judge Linn denied the request. He said all of the issues raised by the defense had been vetted. "We've talked about this for two years," he said.

Witnesses who spoke on behalf of Smollett at the sentencing hearing argued for some kind of community-service sentence, rather than jail. They included Richard Daniels, music director for “Empire,” who said Smollett gave his time to community causes as the show was filmed in Chicago. The actor’s grandmother, Molly Smollett, called him a “justice warrior,” and Smollett’s older brother, Joel, said harsh punishment wouldn't fit the low-level felony for which the performer was convicted.

Smollett's trial was handled by a special prosecutor after the Cook County State’s Attorney's Office quietly and controversially dropped charges against the actor.

Special prosecutor Dan Webb had argued for some kind of jail term, in part because Smollett took the witness stand and lied to jurors. Judge Linn said Smollett committed "pure perjury," which he considered an aggravated factor.

Defense attorneys said they will appeal.