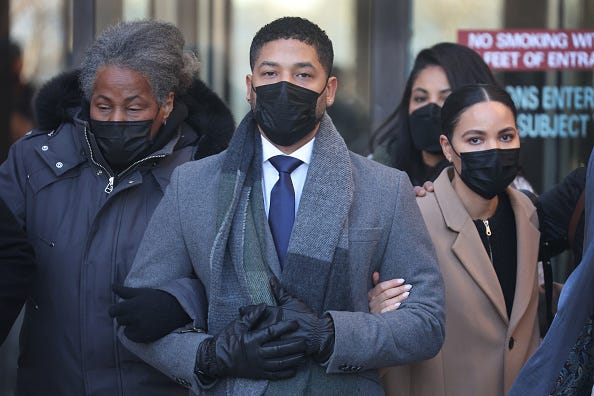 Former "Empire" actor Jussie Smollett leaves the Leighton Criminal Courts Building as the jury begins deliberation during his trial on December 8, 2021 in Chicago, Illinois. Smollett is accused of lying to police when he reported that two masked men physically attacked him, yelling racist and anti-gay remarks near his Chicago home in 2019. Photo credit Scott Olson/Getty Images)
By Joe Hiti, WBBM

The jury deciding Jussie Smollett’s criminal trial found the actor to be guilty on Thursday, reaching a verdict after only nine hours of deliberation.

Smollett was charged with six charges of felony disorderly conduct under a subsection of the law that prohibits false reports to the police. He was found guilty on five of the six counts.

The jury listened to six days of testimony from 13 witnesses three years after Smollett told police that he was a victim of a hate crime by two Trump supporters in January 2019. Smollett claimed that two men tied a noose around his neck, shouted and racist and homophobic slurs, and doused him in bleach.

The prosecution claimed that Smollett fabricated his story while the defense continued to argue Smollett’s recount of the tale.

Two brothers who are alleged of committing the hate crime, Abimola, and Olabinjo Osundairo, have said that Smollett paid each of them to stage the attack. At the same time, the defense claims they are “sophisticated liars and criminals” who have said they would recant their story and “tell the truth” if paid $2 million.

“He’s dumb enough to go into Obama’s city and pretend there’s Trump supporters running around with MAGA hats? Give me a break,” Uche said.

He continued saying, “The brothers were like wolves disguised as sheep in the hen house.” 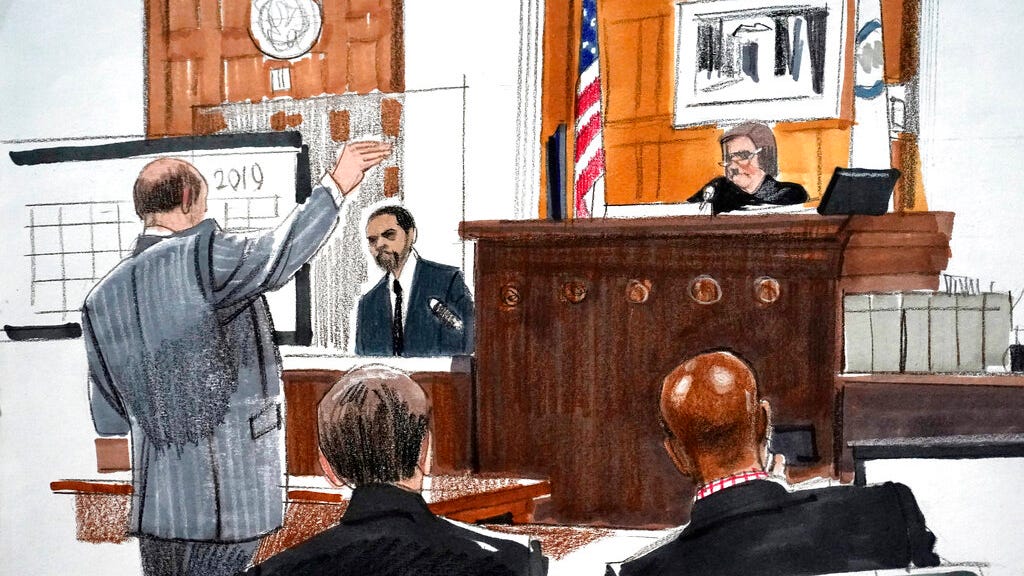 On the other side, special prosecutor Dan Webb said that the actor exploited tense race relations for his own personal benefits, having paid the brothers $3,500 to stage the attack for attention.

“It’s clearly a violation of the law to go to the police and report to police a fake crime and tell police it’s a real crime,” Webb told the jury.

“To outright denigrate something as serious, as heinous, as a real hate crime, to denigrate it and then make sure it involved words and symbols that have such horrible historical significance in our country was just plain wrong to do it, and he did,” Webb continued.

The two brothers had known Smollett from working with him on the show “Empire” for about a year and a half before the alleged attack.