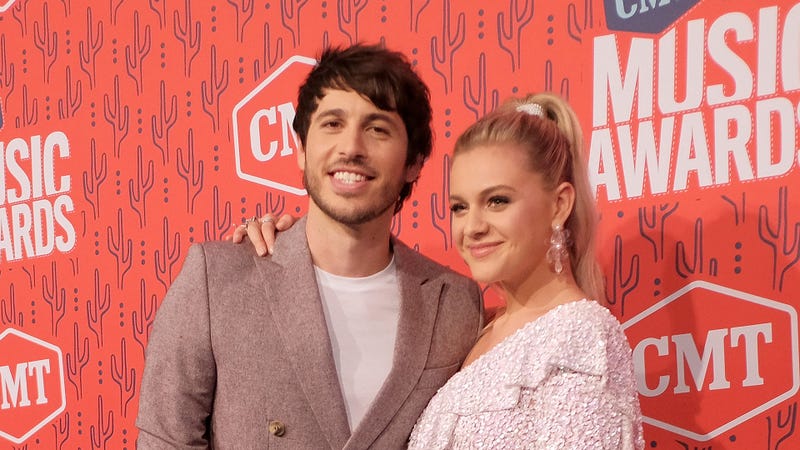 You would think that Country music couples would spend a lot of their free time writing songs together, right?

Listen to Country + One now streaming on Audacy

Well Kelsea Ballerini and her husband, Morgan Evans, are on the complete opposite side of that spectrum. Ballerini, 28, appeared on ABC's Jimmy Kimmel Live! and told guest host Chelsea Handler that co-writing isn't typically something she and Evans do in their downtime.

"We do the same thing all the time, so we already bring it home," she explained. "Imagine then coming home and you're like, 'Hey, like this hook? You wanna write it?' It's just too much."

Ballerini went on to add that she and Evans, 37, give each other some very brutal criticism when it comes to showing off their new music. "I think you have to have that with anyone in your inner circle," she elaborated. "You need that brutal honesty to know if it's good or not."

"It's pretty honest all the time,” she continued. "My mom is pretty honest with me, [so is] Morgan. [And] I have a really small, amazing, epic group of best, best girlfriends and they are so unimpressed with me all the time. That's good. It keeps me as normal as I can be."

Ballerini recently released "Heartfirst," the first single off an as-yet-unannounced new album, while Evans is working on The Country & the Coast Side B, the follow-up to Side A of that project, which came out in October 2021.

Check out and favorite some of our all-new Country stations like Kelsea Ballerini Radio, Audacy New Country, Tailgate Crashers, Jake Owen's Tiki Tonk, Country Edge, and Katie Neal's Leading Ladies for more of the best from the female side of Country music.