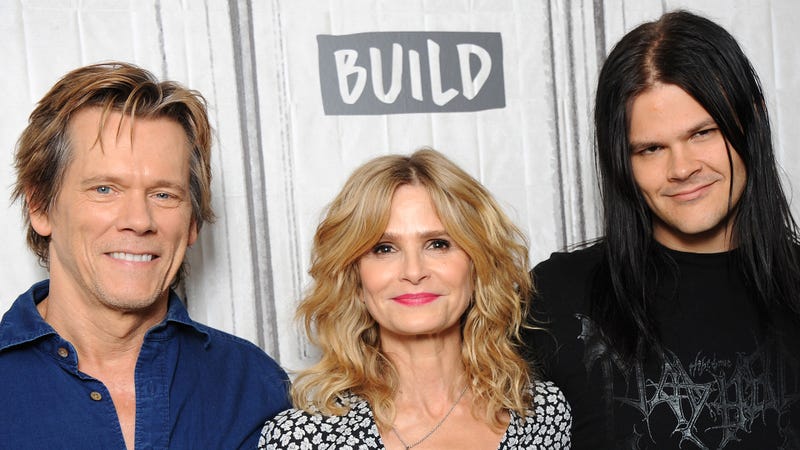 It looks like there's another musical mind in the Sedgwick-Bacon household.

Actors Kevin Bacon and Kyra Sedgwick's 32-year-old son, Travis (aka Svart), is one-half of the L.A. Industrial metal band CONTRACULT collective, which has recently been making waves in the resurging scene alongside contemporaries like Youth Code, HEALTH, and 3Teeth.

Inspired by the Industrial rock sounds of the late '80s and early '90s -- a la Ministry, Nine Inch Nails, and Filter -- members Svart and Cultprit formed the band a few years ago after meeting in New York City and quickly bonding over their love of similar music.

"My insanely talented kid rocked the house yesterday and I was lucky enough to be there," proud mom Kyra Sedgwick posted on her Instagram page along with a photo of Svart rocking the stage at Daytona Beach, Florida's Welcome To Rockville festival this past weekend.

It's not just mom who is happy to tell the world of her son's success. Check out the band's downtempo cover of Hole's "Violet" below... which you'll be happy to learn has been Kevin Bacon of The Bacon Brothers-approved.

Now signed to Roadrunner Records, the duo is currently working on their first full-length and have the singles "Hogtied," "It's The Water" and their latest, "WDYT," available to stream now among others. For more info, check out the mini-documentary The Heavy Among Us featuring CONTRACULT collective below.