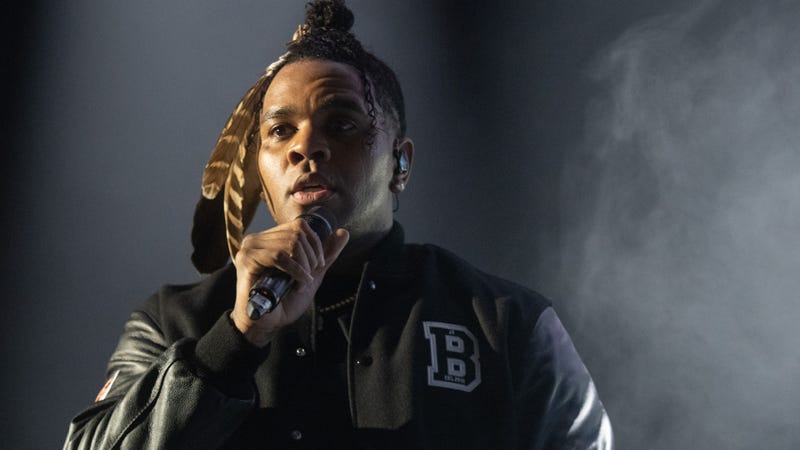 Kevin Gates is back with new music! Following the release of his third studio album Khaza, Audacy's Princess Stormm chatted with the rapper about his new album, and overall growth as an artist.

Gates candidly admits that he felt counted out early on in his career, which was the inspiration behind the song “Hard To Sleep.” In fact, he even got emotional while recording the album track because it was a reminder of past hardships. Nevertheless, Gates believes in trusting the process after rapping for over a decade.

“I’m a country boy. I grew up farming and gardening and things of that nature,” Gates tells Princess Stormm. “So I understand the process. I don’t mind planting the seed, nurturing the seed. Even once it starts growing, you still gotta' nurture it. And then you give once a year fruit.” He added, “I don’t believe in instant gratification. I like to cook my food on the stove.”

During the open conversation, the rapper was asked what we would tell his younger self. “Keep going, I’m proud of you,” he replied. “You doing a great job. You not early, you not late, you're where you’re supposed to be.” He went on to say, “In retrospect, if I would have received all these blessings that I’m receiving, and about to receive at that point; I wasn't psychologically, mentally, or emotionally prepared to deal with that because with great power comes great responsibility.”

Khaza marks Gates' first full-length project since 2021’s Only the Generals, Pt. II. The 19-track LP has one guest appearance, fellow Southern rapper Juicy J, who previously collaborated with Gates on the single “Thinking With My D***.” Other stand out tracks include "Big Lyfe," "Bad For Me," "Black Clouds," and "Mine."

Listen to Princess Stormm’s full interview with Kevin Gates above.