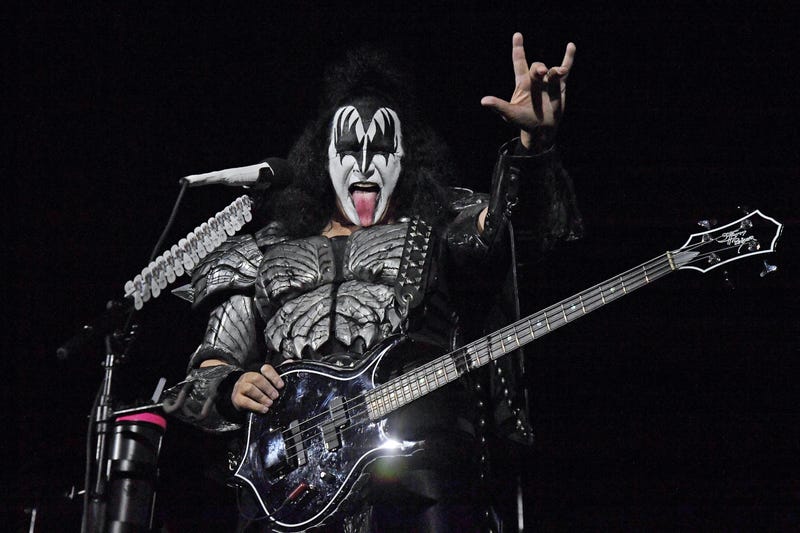 KISS frontman Gene Simmons has spoken out about whether or not he thinks any musicians should be performing in Russia right now.

Listen to Masters of Metal﻿ on Audacy

After Russia’s invasion of Ukraine in February, many artists from around the globe have canceled performances that were slated to take place in Russia, in solidarity with Ukraine. When speaking to TMZ about bands who are still planning to make tour stops in Russia, Simmons shared, “We’re not going…there’s a bigger issue than putting on a rock concert.”

After being asked by a TMZ reporter if there was any way an artist or band could justify performing in Russia, the legendary rocker explained, “The only possible upside might be if a band gets up there and makes political statements on stage, which is usually something I’m against but this is beyond politics. This is just lunacy.”

He added, “I mean we were faced with the same problem with Botswana in the days of apartheid. We were offered millions of dollars, but we said, ‘No, we can’t go there, because if a western band goes there, you’re saying it’s okay for apartheid and all the racism and the lack of justice.’ So we said no. There were some bands that went, and they paid the price. Their fans turned on them. The problem is if a western band plays Russia, it gives credence — a political win for Putin’s outright lies.”

In terms of sending a message to other acts that still intend to play shows in Russia, Gene shared he "would recommend nobody goes there, just shut it down. Stop drinking Russian vodka, just stop it.”

KISS will embark on their European Tour beginning on June 1 in Dortmund, Germany. As of late, many major acts have canceled their upcoming performances in Russia.

In February, Green Day announced the cancellation of their May 29 show in Moscow at Spartak Stadium. Billie Joe Armstrong noted, “this moment is not about stadium rock shows.” Yungblud also halted his upcoming tour dates in Russia, sharing that he was “heartbroken” because knows the “vicious and brutal acts of the Russian regime in Ukraine over the past week do not reflect the attitudes and ideals of the beautiful people who I have met in Russia in the past.”

Earlier this week, when My Chemical Romance announced their world tour the band took to Instagram to announce that their Russia and Ukraine shows would be canceled. The band wrote, “With deep regret, My Chemical Romance is canceling our Ukraine and Russia shows in June 2022. We hope to be able to play for the fans there soon.”

To help those affected by the conflict you can donate to the Red Cross here.