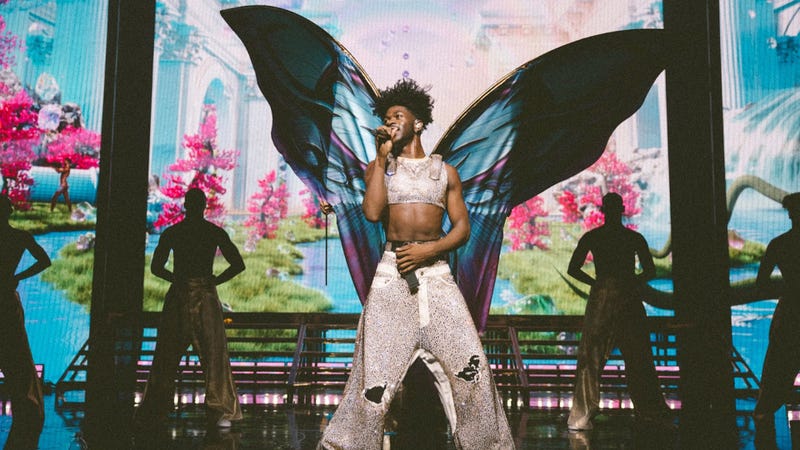 Kicking off his first ever headlining concert in Detroit, Lil Nas X’s 2022 Long Live Montero Tour has officially begun. Giving his fans “a glimpse into the superstar’s world.”

Though his catalog be small (for now), but mighty, Nas captured the crowd with his custom Coach attire, saucy singles and sassy dance moves, proving he did not come to play. Creating “a theatrical show unlike any other – a real modern pop musical.”

As he wrote in the Playbill-style program handed out to fans, his show was designed to be “a play about me, starring me as me, with music by me… about my journey, what I’ve been through, me being out of breath while performing and my aspirations to continue on my path in life.”

Narrated by a figure dubbed The Wizard of Naz, the show was broken up into three acts (Rebirth, Transformation and Becoming), representing “the different stages throughout Lil Nas X’s journey. From his childhood, to releasing his very first song, and all the way through reaching his current status as a creative and fearless cultural icon.”

As for the looks, the six custom Coach wardrobe, delivered by creative director Stuart Vevers, they were “created for Lil Nas X to explore playful tensions between past, present, and future,” Vevers said. “They reference our American heritage through the lens of Lil Nas X’s playful, expressive vision—combining the timelessness of Coach craft with futuristic elements.”

As shared in an official statement, the show featured hits from his first and only studio album including “Industry Baby”, “Montero (Call Me By Your Name)” and “That’s What I Want” along with “Scoop” and “Dead Right Now.”