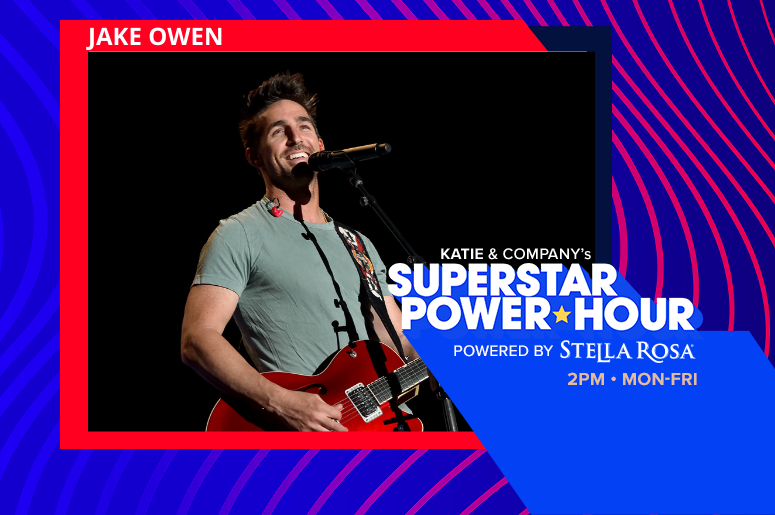 Jake Owen has a lot to celebrate after sitting at the top of the Country charts for two consecutive weeks with his hit, “Made For You.” The song is Owen’s second #1 off his most recent album, Greetings From… Jake. His first #1 from the album was “Homemade.”

After his first week at #1 with “Made For You,” the Florida native supported fellow musician and good friend, Walker Hayes, with a vocal appearance on Hayes’ new song, “Country Stuff.”

“My buddy @WalkerHayes is one of the most talented peeps I know and was cool enough to ask me to be a part of this banger,” Owen shared on social media. “Crank it up and have a great summer y’all.”

When not busy with his own music and being a part of the coolest new collabs, Jake stays busy as the ultimate #GirlDad to daughters Pearl and Paris, who he admits have changed his life tremendously over the last few years.

Tune in every week to the Superstar Power Hour with Katie & Company on your favorite Audacy Country station and be sure to catch up with Jake Owen on the show all week long.