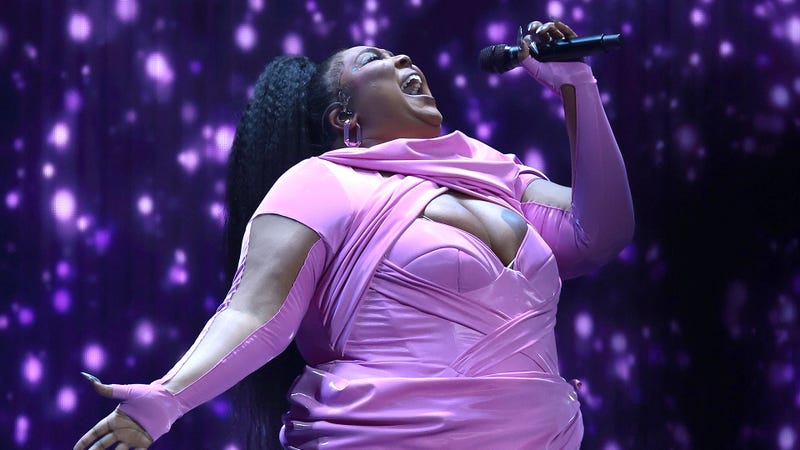 Most people visit the Washington Monument, Lincoln Memorial, or National Mall when they visit Washington, D.C., but then again Lizzo isn’t most people. Instead she got to play a crystal flute that was owned by former President James Madison and loaned to her by the Library of Congress.

Making history, as the first to ever do so, Lizzo, a classically trained flutist, bragged about the incredible moment on Twitter, and rightfully so. “NOBODY HAS EVER HEARD THIS FAMOUS CRYSTAL FLUTE BEFORE," she wrote. "NOW YOU HAVE.”

“IM THE FIRST & ONLY PERSON TO EVER PLAY THIS PRESIDENTIAL 200-YEAR-OLD CRYSTAL FLUTE— THANK YOU @librarycongress.”

NOBODY HAS EVER HEARD THIS FAMOUS CRYSTAL FLUTE BEFORE

IM THE FIRST & ONLY PERSON TO EVER PLAY THIS PRESIDENTIAL 200-YEAR-OLD CRYSTAL FLUTE— THANK YOU @librarycongress ❤️ pic.twitter.com/VgXjpC49sO

The flute which was made by a French fluter and gifted to Madison in 1813 in honor of his second inauguration remains held by the Library of Congress. Whose representatives made a special appearance during Lizzo’s show.

“This is crazy. I have to be really careful,” Lizzo remarked as she began introducing the evening’s very special guest. “This is from the early 1800s, this was a gift to James Madison from a French crystal flute designer to celebrate his second term. There was a fire… and the only two things that were saved were a portrait of George Washington and this crystal flute right here.”

“I am the first person to ever play it,” Lizzo continued, “so you’re about to hear what it sounds like for the first time.”

Lizzo was then handed the flute by one of the Library of Congress reps. After marveling at the instrument that she was handling with extreme care, Lizzo played a few delightful notes, sprinkled with some special moves, before handing it back.

“B****, I just twerked and played James Madison’s flute from the 1800s!” she exclaimed. “Thank you to the Library of Congress for preserving our history and making history cool. History is freaking cool, you guys!”

Check out the incredible clip above.