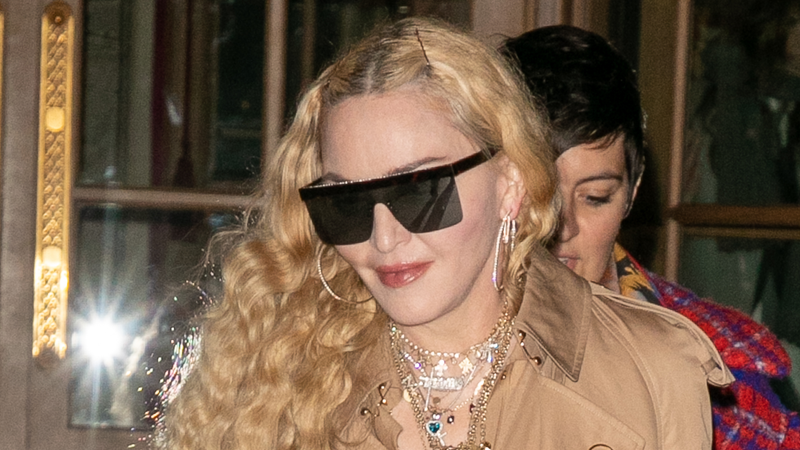 Madonna’s a music and fashion chameleon, that much we already knew. From Material Girl Madonna to yoga and Kabbalah Madonna, campy cowgirl Madonna, disco Madonna and Madame X. Now, Madonna’s dubbed her latest phase, Mother Of Creation, and it's all about the blockchain.

Like many others in the entertainment industry, the Pop icon has embraced the digital art world of NFTs, or non-fungible tokens. Teaming up with digital artist Beeple (Mike Winkelmann), who last year sold an NFT for $69 million, to work with her own “NFT triptych”.

As described in the official announcement, Madonna’s Mother Of Creation videos, “represent a different form of birth in our contemporary world.” With all proceeds going to three different charities including Voices of Children Foundation, which helps women and children affected by the war in Ukraine; the City of Joy Foundation, which advocates for victims of violence in the Democratic Republic of Congo; and Black Mama’s Bail Out, which provides bail for incarcerated caregivers.

Additionally, Moonpay, a crypto platform that assisted with the project, plan to also donate $100,000 to each of the aforementioned charities.

All three artworks will show Madonna in the central role of motherhood and creator, with Mother Of Nature as the first work in the series, in which Madge’s likeness will be giving birth to a tree, followed by Mother Of Evolution and, lastly, Mother Of Technology.

“When Mike and I decided to collaborate on this project a year ago, I was excited to have the opportunity to share my vision of the world as a mother and an artist with Mike’s own unique point of view,” Madonna said in a statement.

“It’s been an amazing journey building this together from an intellectual idea to an emotional story, giving birth to art. I wanted to investigate the concept of creation, not only the way a child enters the world through a woman’s vagina, but also the way an artist gives birth to creativity. Most importantly we wanted to use this opportunity to benefit mothers and children who are most in need right now.”

The trio of digital art are set to be auctioned off on May 11 through the NFT marketplace SuperRare.

Since the beginning of time……..👀🌎🤰🫃 Leaning into a new virtual world with @beeple

Check back here on Wednesday May 11 at 3pm PST / 6pm EST for the nativity. NFTs dropping on @superrare.