Matty Healy was back on stage in Sydney on Sunday, and just in case fans forgot why The 1975 had to cancel their gig in Brisbane the previous night, the singer brought along a reminder.

Healy eased into the spotlight while wearing a hospital gown and mask. He added an IV bag to accentuate the fact that he had just spent a day in the hospital. Any questions about his energy level were quickly erased, however, when he launched full throttle into The 1975’s screaming new song “People.”

The band said Healy was examine by doctors about 24 hours earlier and apologized for not being about to perform on Saturday.

“Matty was hospitalized following a bout of serious sickness,” The 1975 said in a statement. “The doctor has advised that Matty is too weak to play.” 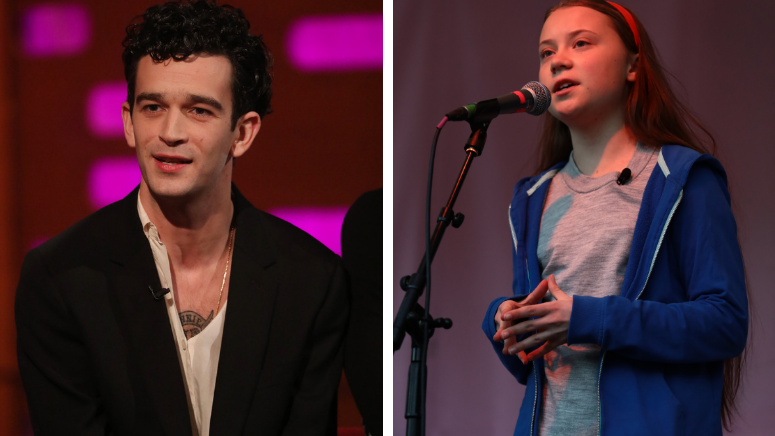 Healy responded to fans’ concerns on Twitter while adding a joke about the tongue in cheek speculation that ensued.

“Guys thank you for all your lovely wishes. I am alive and well s*** just got way too vibey,” he said. “Anyone who said that joking about me having (Coronavirus) ‘isn’t funny’ isn’t funny.”

Guys thank you for all your lovely wishes :) I am alive and well shit just got way too vibey I’m still taking it easy but I’ll see you tonight for maybe quite a calm set which could be nice anyway!! 🥾🌏❤️

Anyone who said that joking about me having corona virus ‘isn’t funny’ isn’t funny https://t.co/6NkUAdjJyD

If we’re interpreting correctly, Healy is saying that fans who scolded other fans for joking about Coronavirus need to lighten up.

“People” is the lead single from the forthcoming 1975 album Notes On A Conditional Form, due out on April 24th. The band followed up the track with “Me & You Together Song” last month. A North American tour will kick off April 27th in Houston.