As one of the greatest R&B vocalists of our time, Maxwell is authentically rooted in his zone of genius. “I never wanted to be a pop star. R&B music has always been the thing [for me]", Maxwell shared with Audacy's The Big Tigger Morning Show this week.

Listen to Maxwell and more on Audacy’s Urban Hang Suite

“I like being an R&B/Soul person. And if that becomes popular, then great. And if it doesn't, I’m stickin’ here.” The Neo-Soul pioneer got up close and personal during a sit-down interview with the morning show crew, discussing his musical journey and legacy.

After commemorating the 25th anniversary of his debut album Maxwell’s Urban Hang Suite last year, the R&B legend is still immersed in music nearly three decades later. Maxwell is currently on the road for The Night Tour along with fellow R&B stars Joe and Anthony Hamilton. “It’s been great. We have a good time together just listening to that music,” said Maxwell. 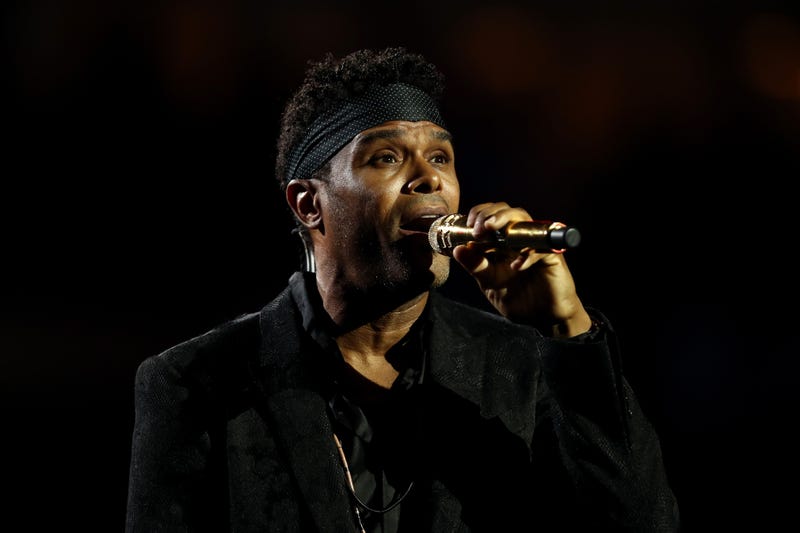 “I’m a 70s baby so I’m out there geekin’ like ‘yo that’s my jam’. Go Joe! Go Joe! And then Anthony with that Southern-like church thing...,” he added. “And then the audience. Man, just to see their faces. The couples, the children of the couples, and their kids. Just to see those faces, you know.” Without a doubt, the multi-generational artist feels truly blessed to perform on stage again.

Earlier this year, Maxwell was honored with the Legend Award at The Soul Train Music Awards. Along with receiving the esteemed award, he performed a melody of his hits. “I was very nervous because it’s been so long since performing,” Maxwell expressed. With 26-years in the game, the “Sumthin’ Sumthin’” singer believes that today’s music landscape is entirely different from when he first started.

“It’s harder for the younger generation I feel, because they're literally in front of people who can’t wait to diss them,” Maxwell explained. “We [legacy artists] come from a time when if you ain’t got nothing nice to say, don’t say anything. That’s not now.” Maxwell went on to say that we wants artists to follow their hearts rather than be manufactured.

And just in case you were wondering, the “Ascension” singer is totally on board with participating in a Verzuz battle–when the time is right. Reportedly, Maxwell was supposed to have a friendly Verzuz competition with D'angelo, but the event didn’t happen due to time constraints and miscommunication. “If it comes together, it comes together… for me it’s a celebration of R&B music. It’s not about battling somebody else,” Maxwell said.

Watch the full interview with Maxwell and The Big Tigger Morning Show above. Also, Maxwell’s third installment and final trilogy album Black Summers’Night is expected to drop this Summer.