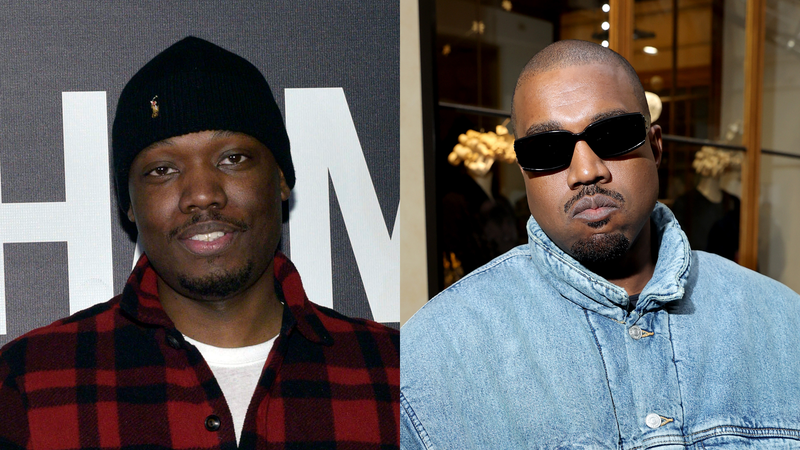 Kanye West spent this past weekend continuing to make it very clear that he’s not a fan of Pete Davidson.

From his various social media rants, to sending a truck full of roses to his estranged wifey Kim Kardashian, I\it’s evident he’s beyond dedicated to get the funny man ousted from whatever roll he’s playing in his family's life. His next attempt went as far as offering refuge of sorts (despite if it’s needed or not) to Davidson’s Saturday Night Live co-star Michael Che, saying he’d double his salary just so he never has to look at Pete ever again.

In a now habitually deleted IG post from West, the Chi-Town rapper assured his followers and the world that his account has not been hacked, while simultaneously proposing to Che that he quit his job at SNL.

Also should it be concerning that despite how crazy everything we’ve said up to this point sounds, we aren’t the least been surprised?

Anyway, Kanye’s pledge and request went as follows — “MY ACCOUNT IS NOT HACKED I WILL BE AT SUNDAY SERVICE AT NOON AND WILL ME TAKING NORTH AND SAINT TO THE SUPERBOWL SHORTLY AFTER.” He then went on to offer, “@chethinks I’LL DOUBLE WHATEVER THEY PAYING YOU JUST SO YOU DONT HAVE TO LOOK AT THAT PAWN EVER AGAIN BIG LOVE.”

Well… Michael went ahead and responded in the most Che way, and we're not sure Kanye will like the response, or who knows he might — things are getting weirder by the day.

Che featured a pic series of handwritten notes joking, “Sorry, Ye, but I would never betray my friends. For anything less than TRIPLE salary. That’s right, $90k per year! Full medical. Full dental. Four weeks vacay. Corner office. Plus, a pair of Red Octobers. Size 12. And you gotta make some beats for my band, ‘The Slap Butts.’ What else, what else. And you gotta tell me what you’re gonna wear to work the night before so we can look like twins. You do that for me, and I’ll Rambo that whole building.”

Ball’s in your court Ye.