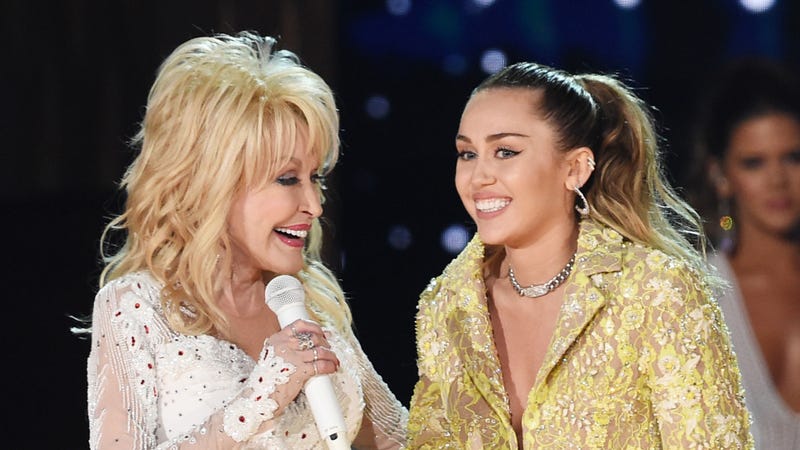 Pete Davidson is out and Dolly Parton swoops in, while Miley Cyrus is here to stay.

That’s right, joining Miley for her what will hopefully be an annual New Year’s celebration, is none other than her legendary Country superstar godmother Dolly Parton.

“#NewYearNewCoHost," Miley announced on Instagram. And that isn’t the only message she shared. Ahead of that post Miley shared a video, informing us all that “'Miley’s New Year’s Eve Party' is about getting glamorous and dressing your best,” something her co-host knows more than a thing or two about.

“Well, we do that every day. Don’t we, Miley?” Parton chimed in. “You taught me well,” Cyrus said in response. Dolly then promised that the special would be “legendary” to which Cyrus vouched, “She would know!”

Last year’s special in Miami featured artists including Brandi Carlile, Billie Joe Armstrong, Jack Harlow, Saweetie, Noah Cyrus and more. And though this year’s special will happen at the same time and place (New Year’s Eve in Miami), that’s the only similarity we know of thus far.