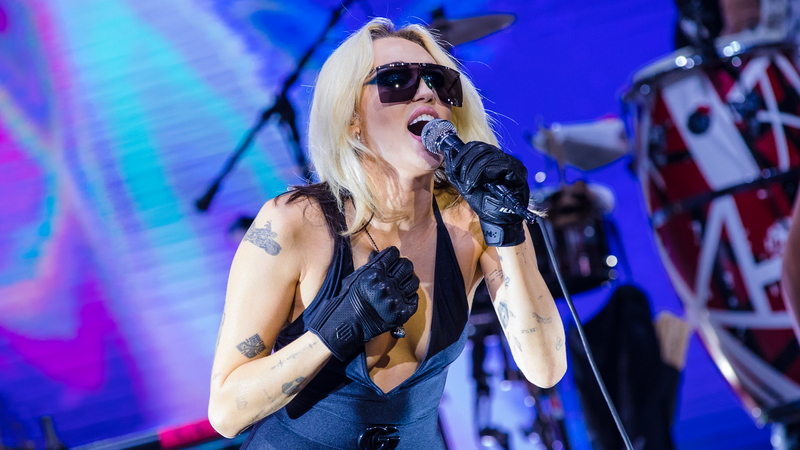 ATTENTION! Miley Cyrus announced she’s going to be releasing her first-ever live album, and it's arriving this week.

After festival hopping the last few weeks, not to mention years of delivering iconic live performances — including her own Bangerz as well as covers like “Heart Of Glass,” “Why Do You Only Call Me When You're High,” and “Jolene.” Miley captured her fans’ attention with an exciting social media announcement about her latest project.

“My fans have been asking me for a live album for a long time & I am so excited to give it to them,” she wrote. The album, dubbed Attention: Miley Live, will feature a mix of 20 songs that, according to the singer, “was curated BY the fans FOR the fans!”

As Cyrus explained in the post’s caption, “I asked my audience what songs they’d like to see me perform at upcoming shows and this is the setlist YOU created!” She continued,“From fan favorite covers to some of my oldest songs, newest songs, & original unreleased songs “YOU” & “ATTENTION.”

With her decision to do “a minimal amount of live shows this year,” Miley still wanted the “MAXIMUM amount of fans to experience ME LIVE!,” and Attention: Miley Live allows her to do so.

Concluding with gratitude and love, Miley wrote,“This album wouldn’t be possible without my band & crew! Thank you to everyone who came to see my show & anyone who couldn’t make it, THIS ALBUM IS FOR YOU! I LOVE YOU!”

After announcing the album, Miley shared the albums tracklist and cheeky graphics alongside another similarly sweet caption in a follow up post

“This isn’t just MY live album this is OUR album! My fans & I collaborated on this set list! I asked YOU what you wanted to hear & I put together a show trying to fulfill as many requests as possible! I love you so much! Thank you for all of your loyalty and support over the last 16 years! This record is the least I can do to try and show my appreciation for your dedication! We’re in this together forever! 🖤 #ATTENTION #MILEYLIVE"

Attention: Miley Live is set to drop on April 1st, check out the official album trailer below.