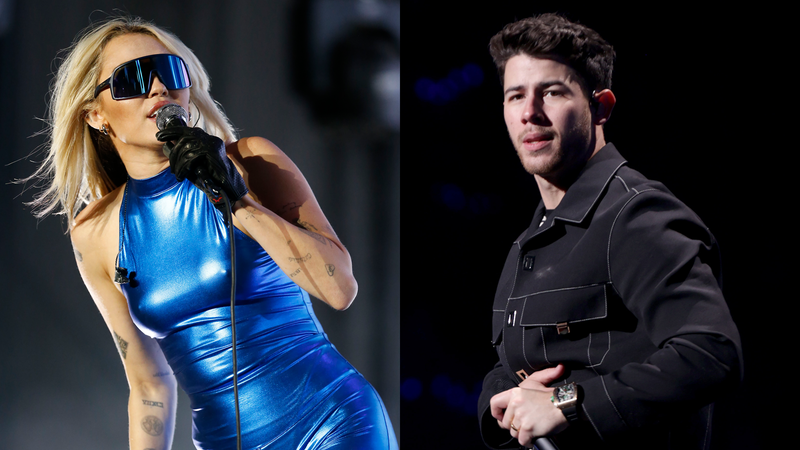 It’s been 15 years since the Nick Jonas and Miley Cyrus breakup that inspired the seminal 2008 break-up bop “7 Things,” and apparently some simply aren’t over it.

For those of you who blocked the whole thing on account of it being too painful, sorry to do this, but context is key.

In Summer 2006, at just 13-years old, Miley and Nick started dating, however the relationship ended in December 2007, the reason for which still remains not totally confirmed, though many suspect it had something to do with Selena Gomez (and yes, the hold this scandal still has on us is concerning, but we'll be fine).

Both Cyrus and Jonas have spoken about their respective experiences post split on different occasion. For Miley, one of which was in her 2009 autobiography, Miles to Go. “Prince Charming and I broke up on December 19, 2007. The hardest day ever," Miley wrote. "My life felt like it had ground to a halt, but the rest of the world kept right on rolling. I was on tour. People were counting on me, but my head—no, my heart—was dizzy.”

Wow — we’ll give you a moment to process.

As for Nick, he along with his brothers also addressed the relationship in their Amazon Prime documentary, Chasing Happiness, revealing the impact meeting Miley had on Nick. As they recalled, it was the first time Nick was bit by the “Lovebug,” which coincidentally is the name of one of the many love songs he wrote while in the relationship.

Anyway, now that we're all caught up. Over the weekend during Miley's Lollapalooza Chile performance, she noticed a sign in the crowd that was just too good to ignore.

The moment was of course recorded and obviously Miley posted it, and now the video has gone viral, and rightfully so — check it out below.

Also, to be clear, while clearly certain members of the crowd still haven’t let go, both Miley and Nick have definitely moved on. Nick is now married to Priyanka Chopra and together they recently welcomed their first child via surrogacy. While Miley rumored to currently be dating Maxx Morando.