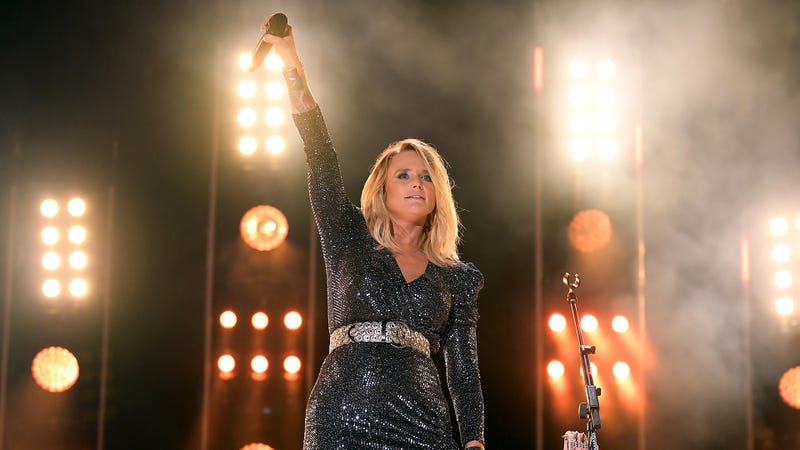 Another Country music artist is getting into the business of pouring drinks -- but this time there's a shake and a twist.

2021 GRAMMY nominated singer Miranda Lambert is getting set to be the first female Country celebrity to have her own branded bar, called Casa Rosa, on Nashville's famed "Music Mile".

According to the Nashville Business Journal, Miranda will be going into business with TC Restaurant Group to make her dream of Casa Rosa a reality.

"In true Miranda Lambert fashion, the two-time GRAMMY Award-winning artist will make history in 2021 by partnering with TC Restaurant Group to become the first female country star to have a bar and restaurant on Broadway in Nashville," the group said in a statement. More details are expected in the coming weeks.

Lambert's Casa Rosa will be located in a 17,400-square-foot building at 308 Broadway in downtown Nashville, TN. The space is currently undergoing extensive renovations and upgrades.

Get ready to have a whole lotta beautiful nights just like Miranda and Elle King had with their pals behind the scenes of their video shoot for their collab track "Drunk (and I Don't Wanna Go Home)." Whether you live in Music City or plan on making a trip or twenty once the pandemic is beaten back -- Miranda's new watering hole will be a-waitin'.

The Nashville bar scene has been home to numerous artists who have opened up their own bars and event spaces, including Lambert's ex, Blake Shelton, as well as Dierks Bentley, Jason Aldean, Luke Bryan, Florida Georgia Line, and many others. Not only do the venues offer a little bit of home for the artists, fans alike get to revel in a space that brings comfort just like their favorite songs do. It's a win-win for everybody, and we simply can't wait to get out on the town again!