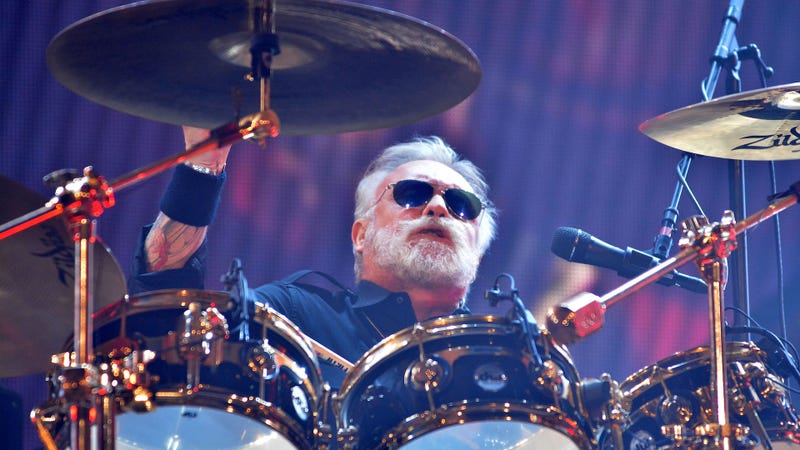 At this point, the guest list of musicians wanting to jam with 11-year-old phenom Nandi Bushell has got to be several pages long.

Her latest video shows Nandi striking up another high-profile collaboration as she got to engage in a drum battle with the legendary Queen drummer Roger Taylor.

“I have just had another INCREDIBLE day!” Nandi wrote in the video’s description.

“Mr. Taylor was so nice and kind to me. We had a little drum battle then we jammed a few Queen songs. I am so grateful and truly appreciate all of these  unreal experiences!  Thank you Mr. Taylor!!!”

The video shows the two swapping impressive solos before they join together in drumming along to Queen’s classic track “We are the Champions.”

Who’s the big winner here? We’ll let you decide that one, but our money’s on Nandi.

This isn’t the first time Nandi has gotten to share the stage with Rock royalty as she made her long-awaited debut on stage with the Foo Fighters this past August.

Bushell joined her once-nemesis Dave Grohl and the rest of the Foos on stage for her long-awaited appearance with the band. Nandi took up a seat next to Taylor Hawkins’ drum set as she launched into “Everlong” with the band.

“It Happened!!!” Nandi wrote on Instagram after the performance

“It was #EPIC!!! Tonight I jammed with the @foofighters live @theforum!!! Wow!!! What an INCREDIBLE night! THANK YOU @foofighters @davestruestories! Thank you @taylorhawkinsofficial thank you everyone who made this possible!!! #foofighters #davegrohl #theforum #everlong - It’s my Daddy screaming a lot and filmed this video. MORE TO COME!!!”