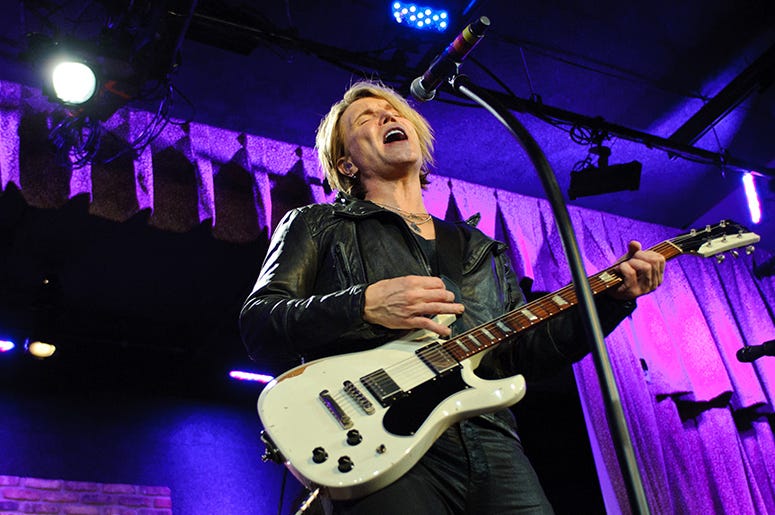 The Goo Goo Dolls formed in 1986 and have been a rock mainstay for decades thanks to singles like “Iris” and “Name.” So, you might forgive NBC’s Craig Melvin when he presented them as a “classic rock” band during the 88th Annual Christmas in Rockefeller Center. Other fans were not so forgiving…

Listen to your favorite music now on RADIO.COM.﻿

Members of Generation Y took to Twitter and expressed disappointment at being labeled “old,” as many people associate classic rock acts with age:

When they introduce the Goo Goo Dolls as a "classic rock group"... 😳#ChristmasInRockefellerCenter pic.twitter.com/tV4krlmcqT

The Goo Goo Dolls are apparently classic rock now & this is my requisite comment about a tired song playing on a tired radio because, you know, I'm old, and therefore tired, or something.

They just referred to the Goo Goo Dolls as a "classic rock band" and I just ate dinner at 4:15 and scheduled my hip replacement procedure

Debate looms pretty large about classic rock labels. Many fans consider anything before 1990 to be fair game for the category. But many classic rock radio stations are now mixing in Pearl Jam, Nirvana and Stone Temple Pilots to their playlist. Those are all bands that blossomed most in the 90’s.

Despite Wednesday night’s classic controversy, The Goo Goo Dolls played the single “This Is Christmas,” off their latest Christmas album, Christmas All Over. It’s just one part of a larger holiday experience, as the band has released a new AR movie experience of the same name.

The show takes place in a virtual live stream environment where The Goo Goo Dolls travel through time in search of the lost “Spirit of Christmas.” Fans go on a trip to various time periods including a 1940’s speakeasy and the set of The Ed Sullivan Show.

Lead singer John Rzeznik hopes the music will unify a country that’s been divided by a contentious year. "It was such an amazing experience getting to play songs from our new record live for the first time," he said in a press release. "We can’t wait for everyone to see and hear these Christmas tunes in this unique way.”