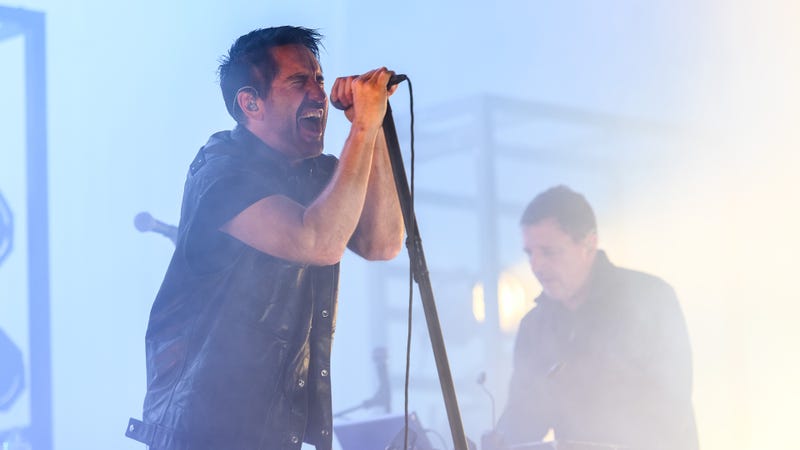 It was a night for the Industrial ages when Nine Inch Nails crippled their hometown of Cleveland, OH on Saturday night, September 24, with an incredible set of new and old favorites, and quite a few former members.

Listen to your favorite music now on Audacy curated for fans, by fans like Nine Inch Nails Radio, IndustriALT, and more!

Beloved alumni from past NIN projects Charlie Clouser, Danny Lohner, and Chris Vrenna (Tweaker) were also on hand for the final portion of the performance, as was former touring guitarist Richard Patrick, who would later go on to form the popular Industrial rock band Filter following his departure in 1993. The gathered alums even performed Filter's hit, "Hey Man Nice Shot" together for the crowd. Just let that sink in...

Luckily for those who couldn't attend, Nails have provided a ton of photos on social media which you can see above, as well as HERE and HERE. Plus, the alumni performance of "Wish" has been uploaded to YouTube for your viewing pleasure.

Check out more from each band, and their incredible setists below.

Nine Inch Nails - Cleveland, OH - September 24, 2022
Somewhat Damaged
March of the Pigs
Piggy
Heresy
Less Than
The Lovers
Reptile
Sanctified
Copy of A
S*** Mirror
God Break Down the Door
The Perfect Drug
Closer (with "The Only Time")
The Big Come Down
Burn
The Hand That Feeds
The Frail
Eraser
Wish
Sin
Gave Up
Hey Man Nice Shot (Filter cover with Richard Patrick)
Head Like a Hole