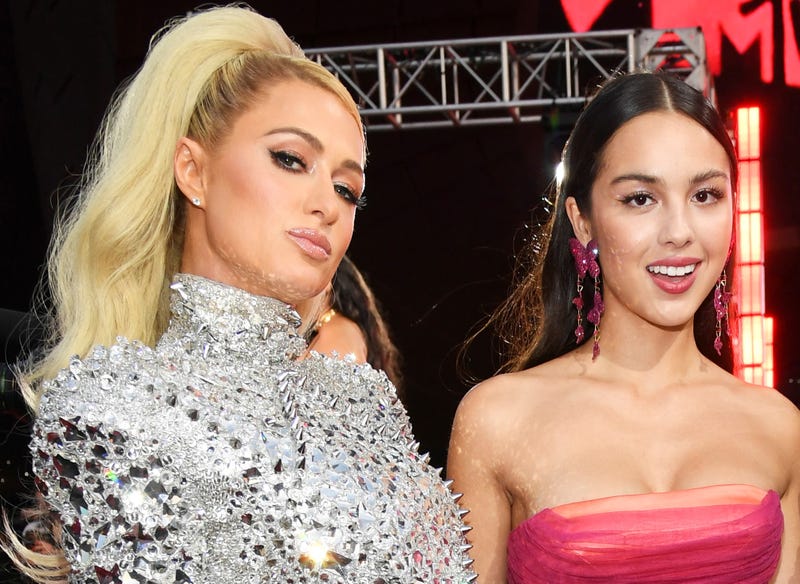 Not only did Olivia Rodrigo bring home her first GRAMMY awards last Sunday night, but the Best New Artist winner got to close out her epic evening alongside the ever-iconic, Paris Hilton.

At OR’s “baby’s first GRAMMYs” after-party Hilton was in attendance and on the decks to DJ. Both Rodrigo and Hilton took to social media to upload a series of photos from the party. Both looking extra early 2000s, Oliva donned a vibrant blue low cut, drop-waist dress with a butterfly applique, that could have been straight out of Paris’s closet on The Simple Life. Meanwhile, Hilton dazzled in a gold mini-dress and classic early 2000s oversized sunglasses,

On Instagram, Hilton captioned her post, “Keepin’ it #iconic So much fun DJing and dancing with you, sis! @OliviaRodrigo #IconsOnly.” While Rodrigo said, “ hop out at the afterpartyyyyy ily @ParisHilton.”

Shortly after the party, a fan video surfaced from the celebratory evening. Arm in arm, Olivia and Paris are seen singing Hilton’s 2006 hit, “Stars Are Blind” while dancing gleefully. The “Brutal” singer knows every word to the song and Paris commends her and says “Yas queen!”

✨💕🎶 My most favorite song EVER “Stars Are Blind” by @ParisHilton This After party was so amazing. 👸🏼👸🏻 Olivia and Paris singing and dancing to my favorite song of the century. @ParisHilton @oliviarodrigo. This video is EVERYTHING. 🎶💕✨
pic.twitter.com/J6Z9slHDsM

On Tuesday, (April 5) Rodrigo kicked off her long-awaited Sour tour with a sold-out show in Portland, Oregon. The Popstar delivered every track off her debut album, plus covers of Avril Lavigne’s “Complicated” and Veruca Salt’s “Seether.”