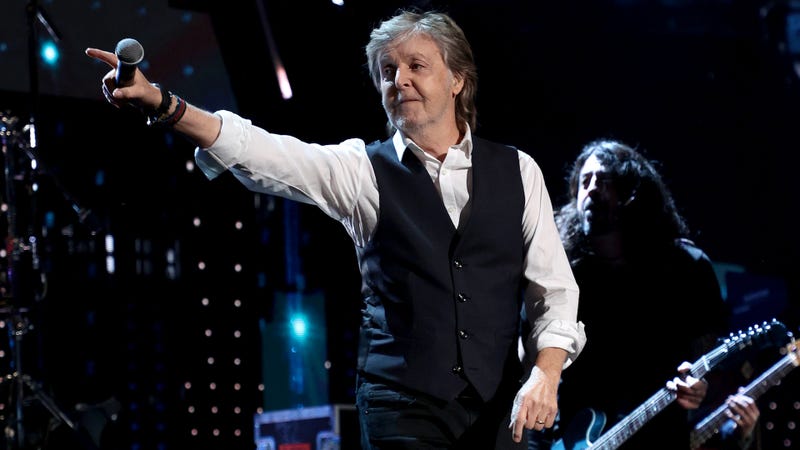 Photo credit (Photo by Dimitrios Kambouris/Getty Images for The Rock and Roll Hall of Fame )
By Marty Rosenbaum, Audacy

Paul McCartney is set to get back on the road once again.

Listen to The Beatles Radio, now on Audacy

McCartney announced a 2022 tour that’ll mark his first live performances since 2022. The appropriately named GOT BACK tour will begin on April 28 in Spokane, WA and will see McCartney play a total of 14 dates.

The tour will see McCartney playing several cities for the first time – Hollywood, FL, Knoxville, TN, and Winston-Salem, NC. He’ll also be returning to Fort Worth, TX and Baltimore, MD for the first time since his 1976 shows with Wings and 1964 with The Beatles.

“I said at the end of the last tour that I’d see you next time. I said I was going to get back to you. Well, I got back!” McCartney said in a statement.

GOT BACK. NORTH AMERICAN TOUR 2022 “I said at the end of the last tour that I’d see you next time. I said I was going...

The tour comes on the heels of the massively popular Disney Plus docu-series The Beatles: Get Back. The three episode series was made from nearly 60 hours of never-before-seen footage and tells the story of John Lennon, Paul McCartney, George Harrison and Ringo Starr as they make their final album Let It Be.

A portion of the series featured The Beatles’ famed final concert atop the Apple Corps headquarters as they played on the roof of 3 Savile Row in London. The performance was shown in IMAX Theaters for a limited time earlier in 2022.

Tickets for Paul McCartney’s tour go on sale Friday, February 25th at 10 AM local time. You can find a full list of tour dates below and grab tickets here.

Paul McCartney Got Back Tour Dates