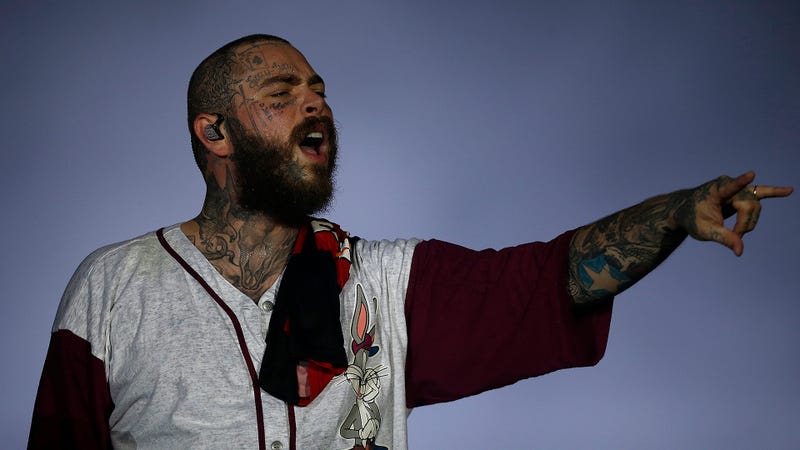 Singer Post Malone had a rough and tumble night during a weekend stop on his Twelve Carat Tour, suffering a nasty fall that necessitated a hospital visit due to a number of bruised ribs.

On Saturday night, September 17, Posty took a spill while performing his track "Circles" at the Enterprise Center in St. Louis, and could be seen writhing in pain on the ground immediately afterward in fan-shot video from the evening. "Thank you for your patience... there was a big a** hole," he laughed with the crowd after returning from a brief pause to finish a shortened 17-song set of his usual 22-track setlist.

Post Malone took a fall on stage and cracked 3 ribs. Medics took him away, but he still managed to return to the stage and finish the show. pic.twitter.com/goAx40GfxU

In a post on Instagram following the concert, Malone's manager, Dre London, quelled rumors saying the singer "didn't break 3 ribs lastnite thank god," adding, "We did X-rays @ hospital after the show & they declared he had bruised his ribs! In true Posty fashion loving his fans he finished the show! I truly don’t know any artist like him..."

Malone updated fans about the incident on his own Twitter page too, apologizing again and thanking those in St. Louis who had to wait out his injury. "Whenever we do the acoustic part of the show, the guitar's on the guitar stand and it goes down,” he explained, “...there’s this big a** hole, so I go around there and I turn the corner and I bust my a**. Winded me pretty good, got me pretty good.”

love you guys so much 💕 pic.twitter.com/eneJWf30fM

"Next time I'm around this way, we're going to do a two-hour show for you, so we can make up for the couple missed songs that we missed," he added. "Thank you guys for your support and thank you for your love and thanks for hanging around even though I got my a** kicked by myself. I love you guys... Thank you, St. Louis."

Posty, still groggy from the events prior, also calmed fans wondering about any more disruptions to the tour, saying in the video, "They gave me some pain meds and everything, so we can keep kicking a** on the tour.” 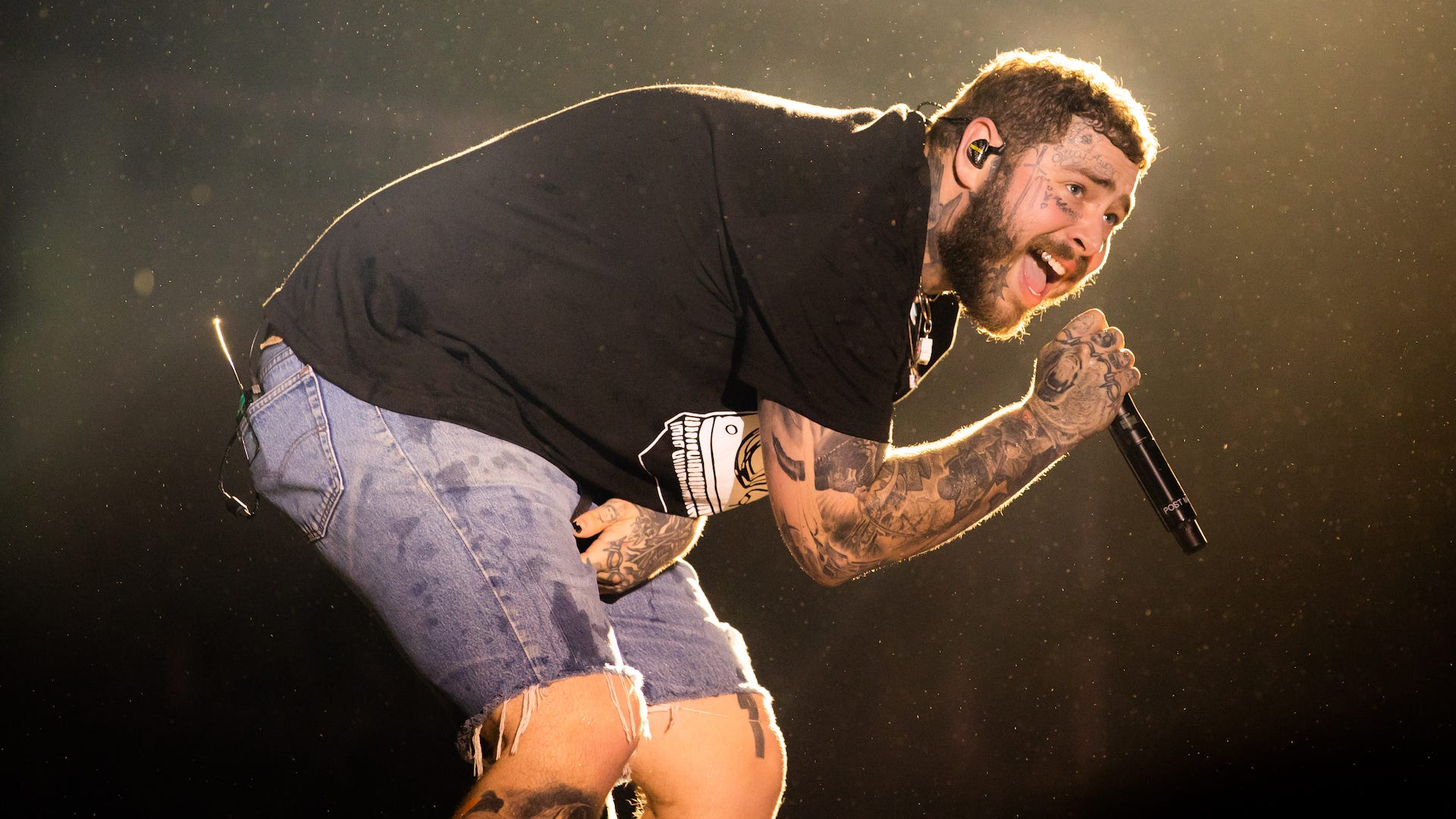 Post Malone continued his Twelve Carat Tour on Sunday night in Colombus, OH, and is now on his way up north for a concert Tuesday night in Toronto. Shows will run into November with Roddy Ricch as support -- take a look at a full list of scheduled dates right HERE.