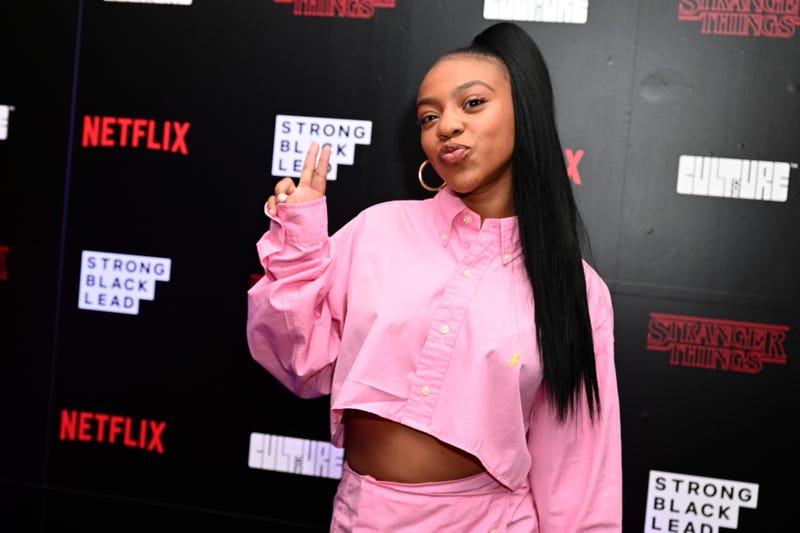 The hit series recently set an all-time viewership record for Netflix with 287 million hours during the first week of the season premiere. “In season four a lot of questions are answered as to how this whole supernatural situation kind of happened and how it all started,” says Ferguson. Ahead of her 16th birthday in just a few months, the teenage talent stopped by the Big Tigger Morning Show to chat about the surprisingly horrifying new season–that has everyone hooked!

“The table read is scarier than filming because when you’re filming everything is visual effects,” Ferguson explains. “So when you're filming you're literally screaming at a tennis ball on a stand, on a green screen, and you gotta' act like it’s this big scary monster choking you or something.” The fourth season of Stranger Things interestingly took two years to shoot due to the COVID-19 pandemic, and season five will be the final season.

Ferguson, who has been part of the cast since season two, calls the show’s forthcoming ending bittersweet. Furthermore, she hopes the series concludes on a positive note rather than a scary one. “I think in season five it will come to a resolution and it will kind of be a breath of fresh air depending on how they end it,” Ferguson says. The Stranger Things actress also described how she balances school with an on-set teacher and what’s next for her career wise. “When I’m filming, I do school on-set so I like going in-person and kind of being in the scene,” Ferguson explained. “That’s why I’m not homeschooled because I like being around people,” she added.

Ferguson is set to appear in a movie with Marlon Wayans this fall, in which she plays the iconic comedian/actor's daughter. Additionally the young star has two voice over roles coming soon to Netflix.

Listen to the full interview above.