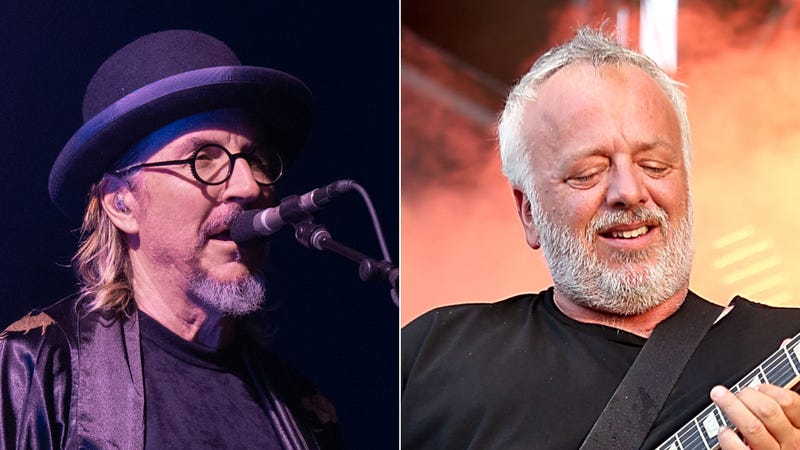 Look, we're way past paper and silk and are headed straight for the silver years of our South Park fandom. The show will celebrate 25 years since its debut on Comedy Central in 1997 by commemorating the momentous occasion with a one two-night-only show at Colorado's famous Red Rocks Amphitheater this summer, featuring performances from Primus and Ween.

The 25th-anniversary concert, now happening on Tuesday, August 9, and Wednesday, August 10 at 7:30PM MST will see South Park creators Trey Parker and Matt Stone take the stage, as well as sure-to-be-epic performances from longtime musical friends of the show. Check out the official announcement below.

Beloved Alternative rock weirdos Primus are, of course, the band that provided the show's evolving theme song over the years, and was also featured twice on the fan-favorite Chef Aid: The South Park Album released during the series' second season in 1998. Also featured on that release (as well as Matt and Trey's Orgazmo soundtrack) was another group of oddballs, New Hope, Pennsylvania's very own Aaron Freeman and Mickey Melchiondo, better known as Gene and Dean Ween of the psychedelic Alt-rock band Ween.

Stans can register to purchase tickets to the South Park at Red Rocks Concert between March 16 and March 20, (one registration per household) via SouthParkAtRedRocks.com. The registration process has been put in place in order to ensure fairness "without racing the clock and thousands of other fans." All registrants will be notified of random selection on Wednesday, March 23, with additional ticket options possible at a later date.

Looking ahead, South Park's Trey Parker and Matt Stone recently signed with CBS/Viacom to create a number of TV films for Paramount+ -- and in April, Primus will be heading out on their RUSH tribute tour, with North American dates running into the end of June. Visit Primusville.com for more info and tickets.

Ween, well, you can go fishing with Mickey pretty much anytime you'd like. The band is also on the road in 2022, and is getting set to host fans close to home for two nights at the Borgata Hotel Casino in Atlantic City, NJ on June 10 and 11. Grab your tickets via Ween.com.