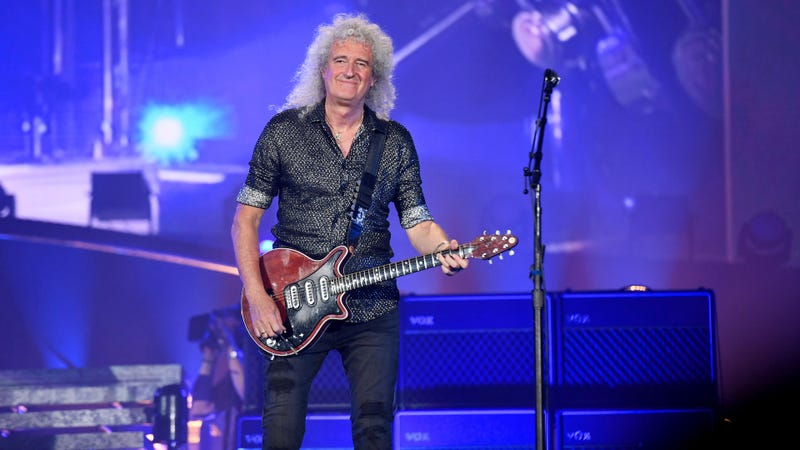 Brian May has revealed he’s tested positive for COVID-19 and is urging fans to get vaccinated and take precautions ahead of the holidays.

Listen to all your favorites on Queen Radio

The Queen guitarist shared the news on Instagram in a series of posts and detailed his experience with COVID-19 thus far. May said that he and his wife had been incredibly careful throughout the pandemic as the two have been living a “very hermit-like life.”

“We thought, ‘Ah, this is the last social function that we will go to, not that we go to many anyway. We’ll chance it. Everybody’s triple-jabbed. Everybody’s gonna be with one of these things which says you’re negative on the morning, a lateral flow test. So it seemed to be set up very safely, but of course you kinda know you’re taking a risk.”

A day after the party, May and his wife both started developing symptoms, which at first they thought was the flu.

“We’re testing the whole time, and we’re testing negative,” May said. “Tuesday, I hear that I think eight people from the party had already tested positive and had the COVID in their symptoms. And I realized that they had been testing negative up to this point as well. So Tuesday night, we tested ourselves once more, and we were both positive. So it took that long, Saturday to Tuesday, for a test to show anything.” May says he experienced “two horrendous days” and described his bout with COVID as being like “the worst flu you can imagine.”

Towards the end of his message, May urged those watching to get vaccinated and get their booster shot if they haven’t already. “I can’t emphasize to you enough, this is not the response my body would have made on its own,” he said.

“It’s making this response because I’ve had three Pfizer jabs. And I beg you and implore you to go get jabbed if you’re not already, cause you need the help. I lost one of my very best friends to COVID very early on, in six days, it killed him. It could have done me the last six days, but it didn’t because of the jabs.”