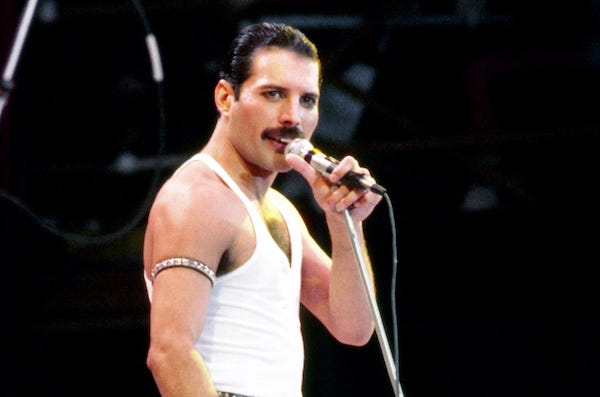 During an interview with BBC Radio 2 ahead of their performance at Queen Elizabeth II’s Platinum Jubilee concert last weekend, Queen’s Brian May teased the release of previously unheard song featuring Freddie Mercury.

“It’s wonderful, actually. It was a real discovery," May told the BBC. "It’s from The Miracle sessions, and I think it’s going to be out in September.”

Queen began recording The Miracle in 1988, which would be the band’s 13th and ultimately their penultimate release with Mercury.  Though the tracks that didn’t make the album’s final cut were “mostly forgotten about,” this song has been repurposed and given new life. The band said that though there wasn’t “much” they could do with the track, some slight tweaking by their engineering team has “breathed new life into the recording.”

May explained, “It was kind of hiding in plain sight. We looked at it many times and thought, ‘Oh no, we can’t really rescue that.’ But in fact, we went in there again and our wonderful engineering team went, OK, we can do this and this. It’s like kind of stitching bits together. But it’s beautiful, it’s touching.”

This isn't the first time Queen has released posthumous music featuring Mercury. Back in 2014, they released the compilation album Queen Forever which featured the previously unheard songs "Let Me in Your Heart Again," "Love Kills," and "There Must Be More to Life Than This."