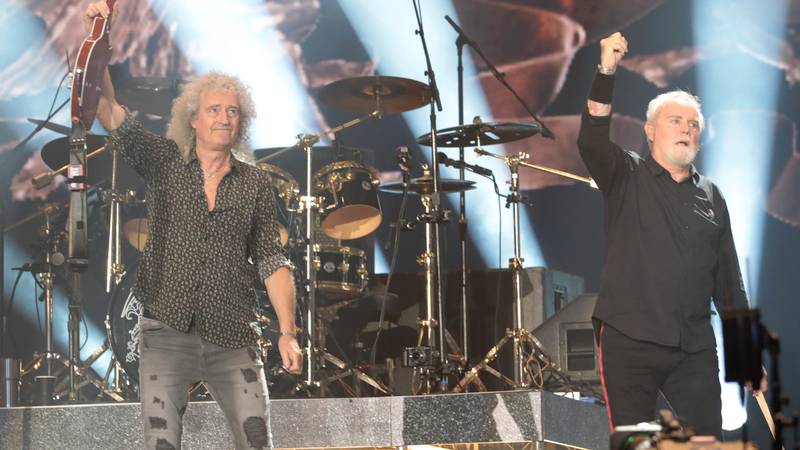 Before they we’re Queen, Roger Taylor and guitarist Brian May were originally in a band called Smile with bassist-and-singer Tim Staffell.

However, around 1968, Staffell decided to leave the group, which left the band with a huge missing key element. Enter Freddie Mercury, and well the rest is Rock history.

Listen to your favorite music now on Audacy, and assuming that like us all this Queen talk has gotten you in the mood for their legendary tunes, then all you have to do is listen to Audacy's exclusive Queen Radio station for a mix of hits and more.

Sitting down with The Daily Telegraph to chat about everything from discovering Freddie Mercury, to writing with David Bowie, and the 'curse' of being 'the pretty one' in the world's biggest band. Taylor recollected Mercury first audition for the band, which left him admittedly, “tempted to laugh.”

“He was so extreme, one was tempted to laugh at first, because he hadn’t developed his voice; he didn’t have the control he had later,” he told the outlet.

“But he had this thrusting energy and zeal for everything. And, really, a massive array of hidden talents. We were big pals.” Taylor continued, “We had a stall in Kensington Market and he was so delightful, just great to be around, with a tremendous lust for life. He sort of invented himself.”

Born Farrokh Bulsara on September 5, 1946, in Stone Town, Tanzania. The charismatic frontman, who would now be 75 years old, sadly died in 1991 of bronchial pneumonia resulting from AIDS.

However, if that were not the case and Mercury was still alive today, as May recently admitted to Simon Mayo on Greatest Hits Radio, he truly believes he’d still be playing with the legendary band today.

“He would still be saying ‘Oh I need to do my solo stuff’, but he would be coming back to the family to do what we do,” May told Mayo Adding, “The funny thing is I feel more and more that he is kind of with us in a way, maybe I’m getting to be an old romantic, but Freddie is in my day every day.”

May continued, “He’s always in my thoughts and I can always feel what he’d say in a certain situation, oh what would Freddie think, ah he’d like this, he’d laugh at this or whatever. He’s so much part of the legacy we created, that will always be the case.”