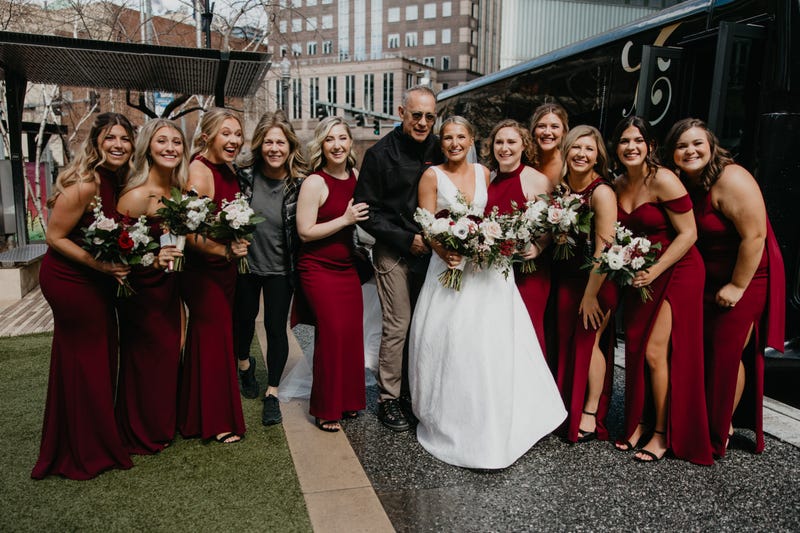 It's getting to the point where if Tom Hanks doesn’t show up at your wedding, your planner messed up.

For a while now, the beloved “Splash” actor has made a point of diving into wedding day celebrations. The latest was in the middle of a bridal party shoot in Pittsburgh, Pennsylvania.

Photographer Rachel Rowland spoke with Audacy about the experience, telling the “Bubba Show” on 100.7 Star Pittsburgh that of the over 400 weddings she has photographed, “this would definitely top it out as the craziest, most exciting thing that ever happened.” 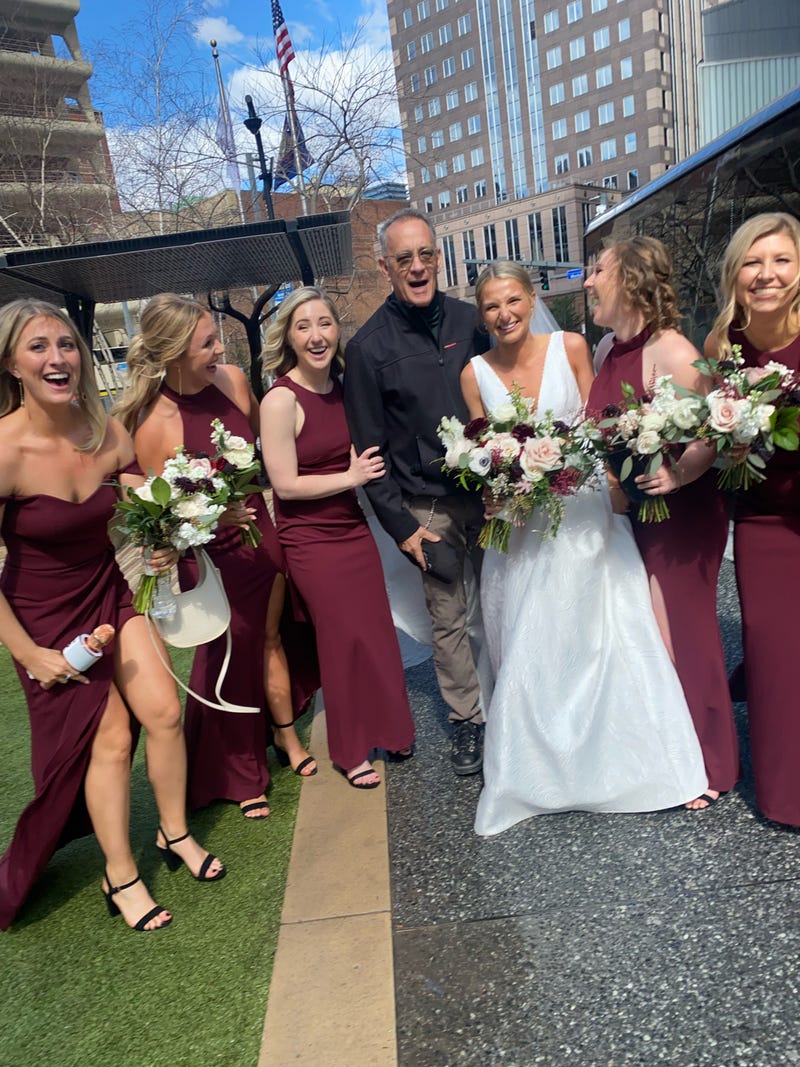 “We were getting in the limo,” she explained, “and all the sudden this guy just like runs up behind the bride. We were all just kinda shocked for a second… It’s Pittsburgh, it’s downtown, people run up and scream crazy things all the time. Usually you just kinda push the crazies away. And he looks at us and goes, ‘Hey, my name’s Tom Hanks. I’d love to get a picture with the bride!’ We all just kinda stared at him for a second. And then obviously erupted in screams. The typical woo girls.”

Rowland shared photos of the experience on Instagram, but did not, as many of us might, make Hanks the center of the wedding slideshow. However she did sneak a snap of the actor into the post with the caption “I’d like to say a photo bomb from Tom Hanks was the best part of yesterday but honestly I’d be lying. (No offense to the GOAT). Yesterday was filled with joy, and laughter and fun and love and family and hugs and I just can’t get enough of Grace and Luke. But go ahead and swipe swipe swipe for some Hanks action.” 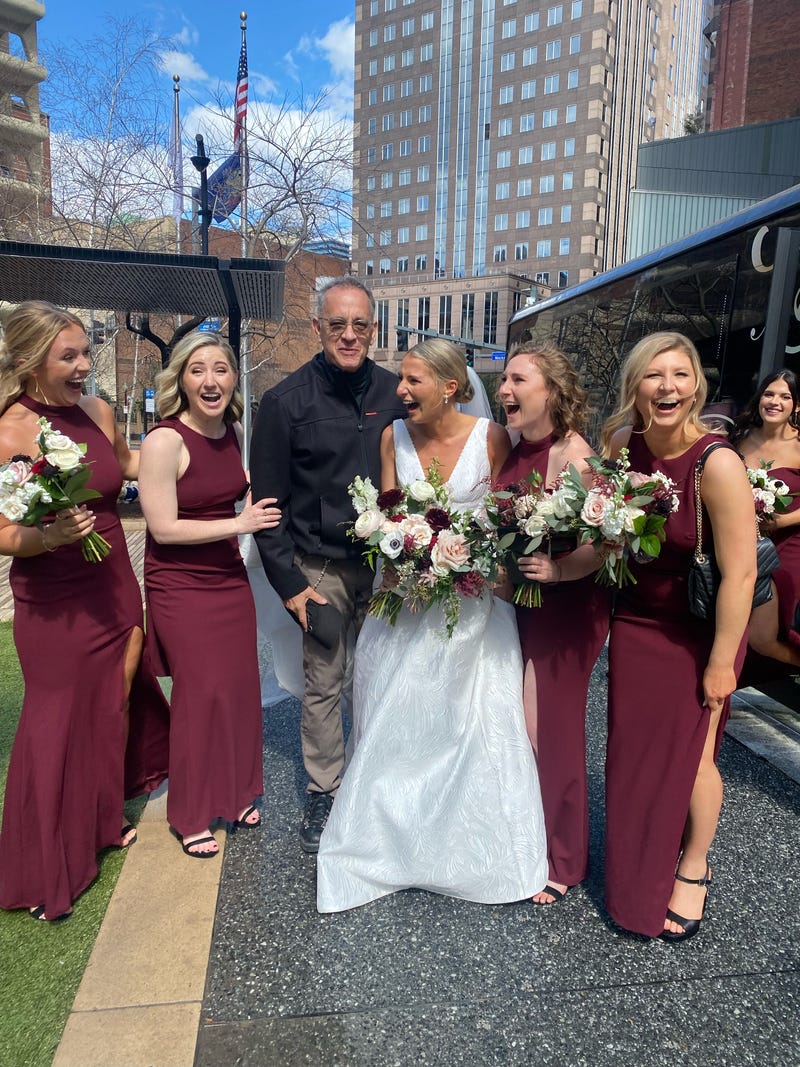 And if that wasn’t enough, Rowland told the Pittsburgh Post-Gazette, "He was just as wonderful and charming as you’d assume. His wife, Rita, was there and got in some photos, too.” 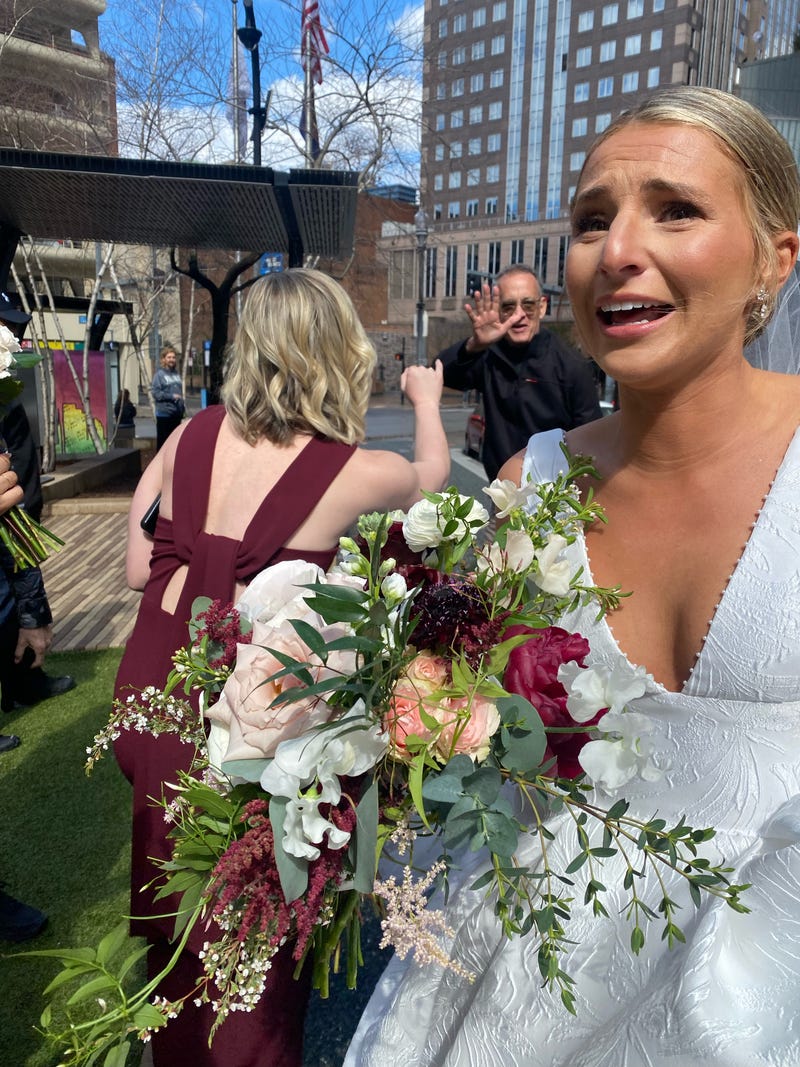 It turns out the “Big” star was in town filming a new movie, "A Man Called Ove.” We’re guessing at this point, Hanks has an assistant who alerts him to any local weddings that might be going on nearby between takes. Kidding aside, as Today reported, Hanks has shown a remarkable ability to stumble on nuptials. In 2016, he stopped to take pictures with a newlywed couple in Central Park. Two years later, he responded to a wedding invitation he received from a couple with a signed photograph of him holding the wedding invitation. And just last October, he sauntered up to another wedding party on the Santa Monica Pier in California while they were trying to wrap up their wedding shots, just like the most recent Pittsburgh surprise. 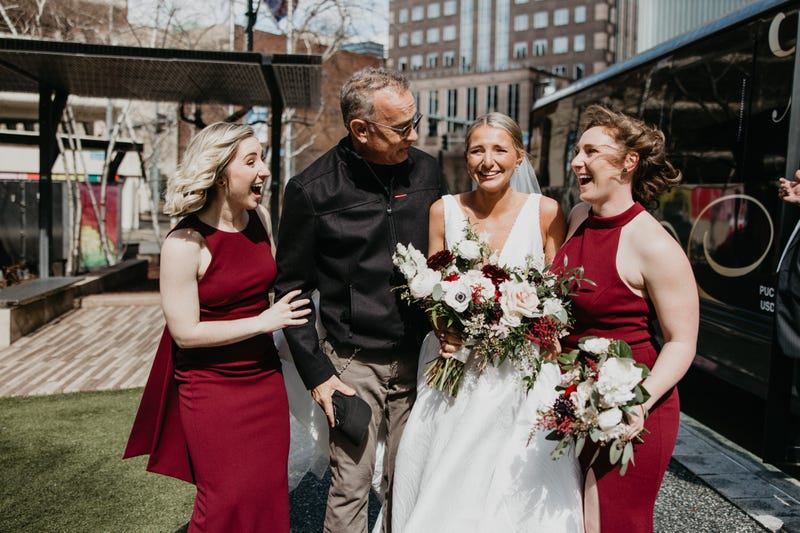 Though lately he's been surprising happy couples celebrating their nuptials, Hanks himself has been the groom in two weddings. He married Samantha Lewes in 1978, but the two separated nine years later. Then in 1988, he and actress Rita Wilson got hitched and have been happily married since. Hanks shares two children with Lewes – Colin, 44, and Elizabeth, 39. And Hanks and Wilson have two children, Chester, 31, and Truman, 26.