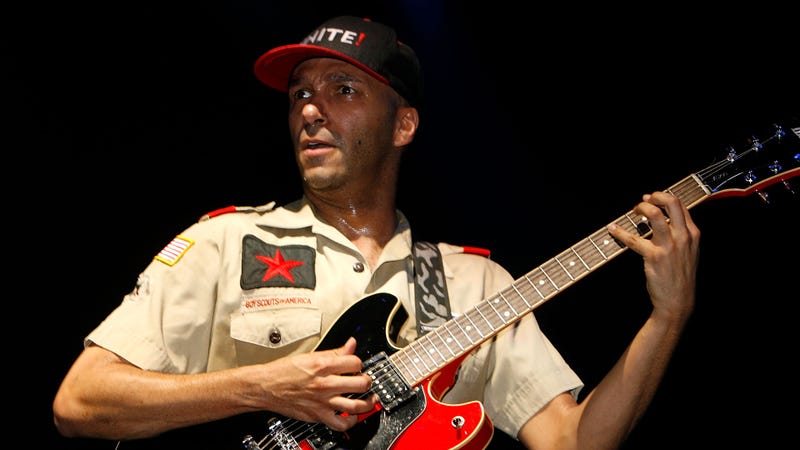 It sure has been an interesting return to the road for rockers Rage Against The Machine as their on-stage assault has provided somewhat of a feedback loop affecting the band members on a couple of occasions… so far. Following frontman Zack De La Rocha's leg injury, sustained during the band's second show of their current tour, concert number six proved to be dangerous for guitarist Tom Morello. 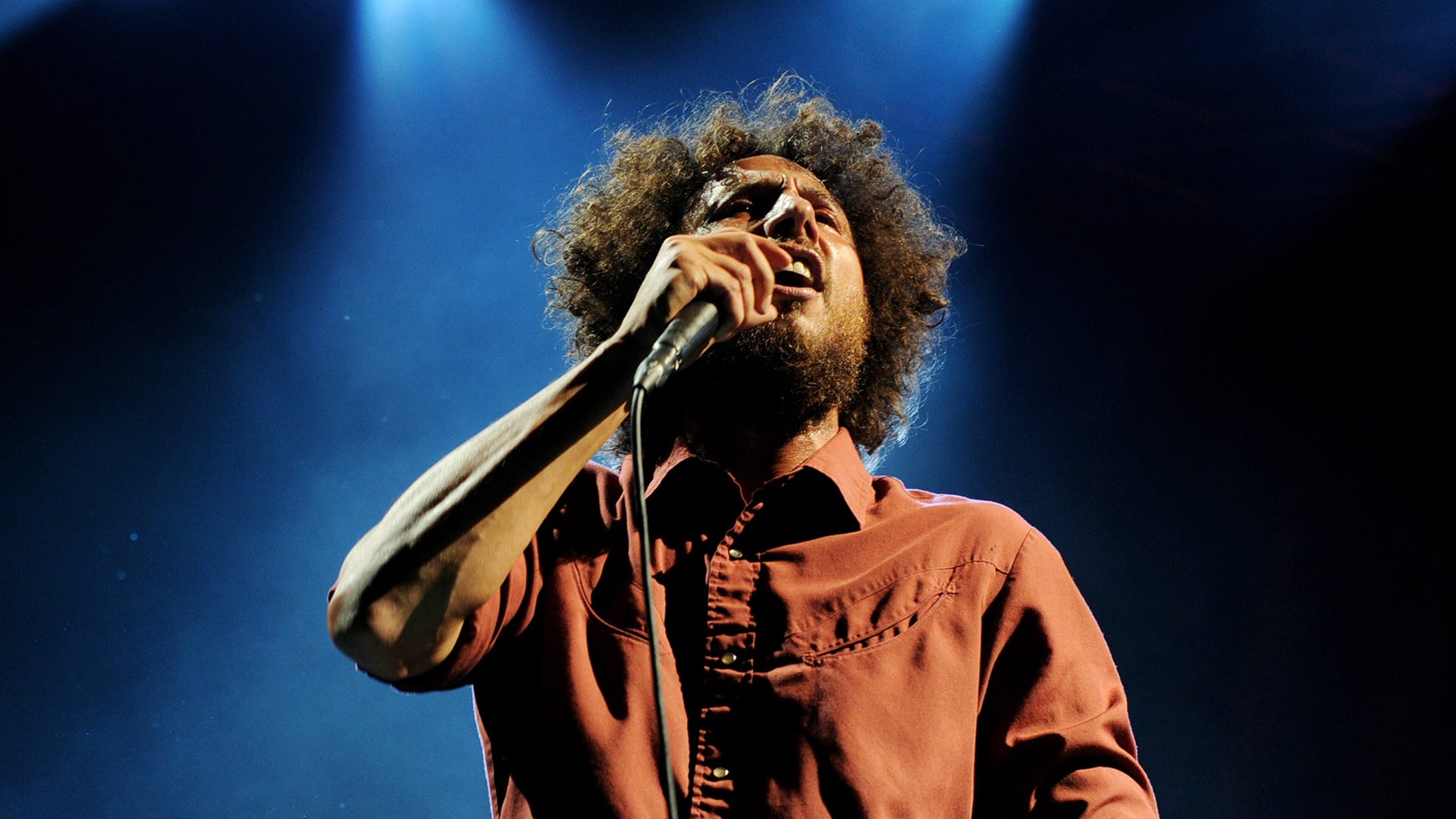 During the band's final song of the evening, 1992's anti-everything anthem "Killing in the Name," a fan can be seen in a red shirt climbing and running from the side of the stage towards the front for a stage dive, only to be shoulder blocked by a security team member. Unfortunately, the timing was a little off, likely due to surprise, which also sent the security guard flying directly into Morello, knocking him off his feet and the stage. Check out the clip below -- you can also see the tackle from another fan-shot angle right here.

"Do not try that s*** again," Zack told the crowd, twice, probably so red shirt guy was sure to hear. "I'm sorry, we're cool, we love y'all, but don't do that again." Rage then restarted the song and got through the rest of the night unscathed. Best of luck to the guys on the rest of the outing -- and may we suggest bassist Tim and drummer Brad wear helmets? Click here for a full list of remaining RATM tour dates and to grab your tickets. 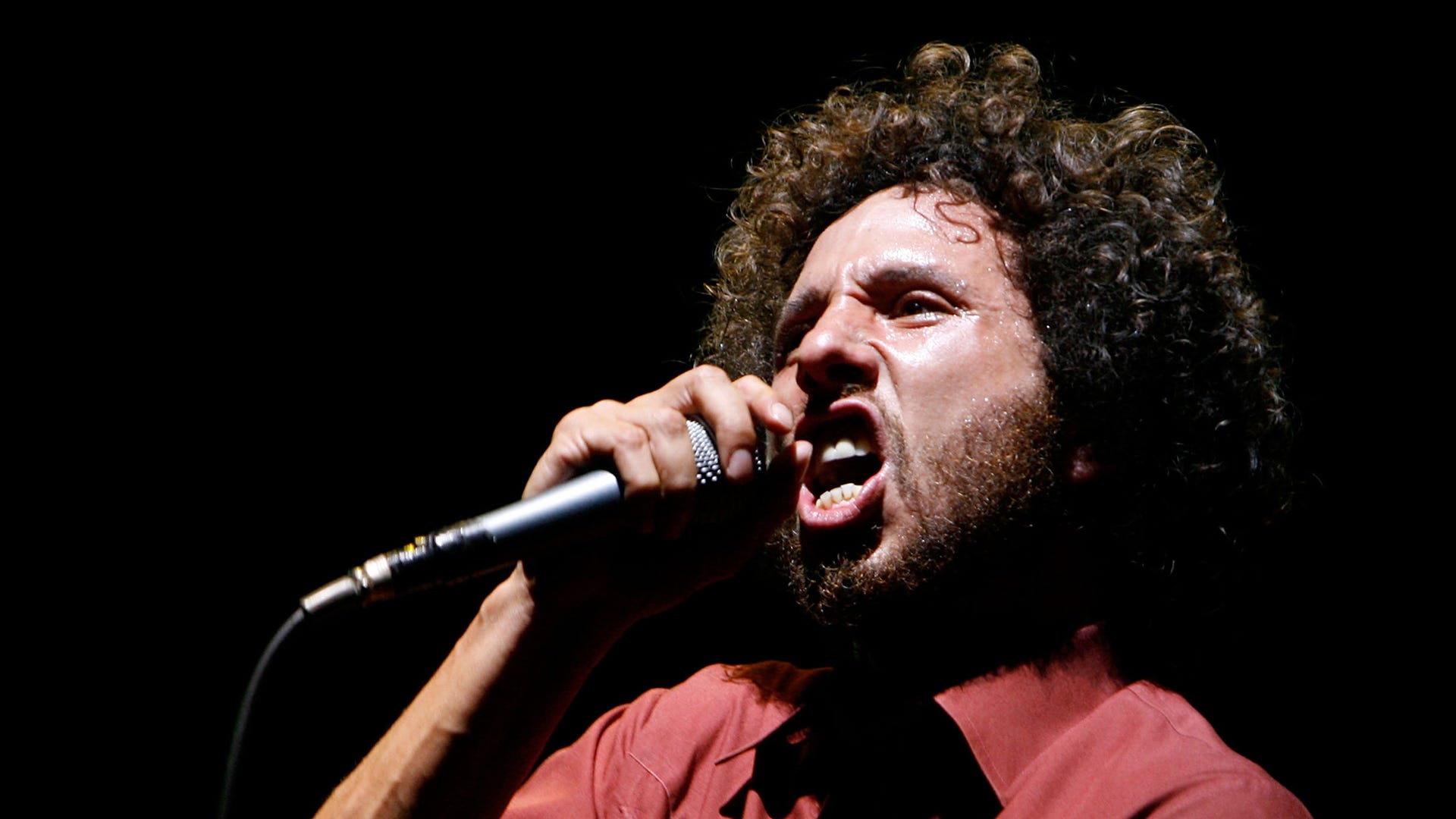 While you're here -- browse and favorite some of Audacy's all-new stations like Alt Now, Rockternative, Drivin' Alt, Alterna 00s, ALT Roots, Don't Metal In My Affairs, Venom, Arena Rock, Wake Up and Rock, and The Roots of Rock for those who crave the early days.