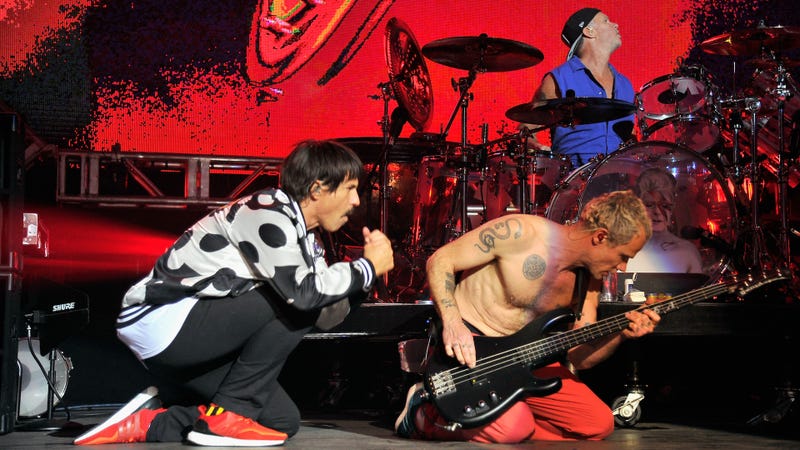 Breaking news from KHOT… The Red Hot Chili Peppers are going on tour.

First and foremost, great news! Secondly, what the heck is KHOT?

Red Hot Chili Peppers took to Twitter to share an update from KHOT headquarters, which is the fictional news station the band created to announce their tour dates.

Let’s be honest though, we’d definitely watch this channel 24/7 were it real. Just check out the clip below they put out announcing their global tour dates in 2022 to see why.

All humor aside, it’s an exciting announcement for Chili Peppers fans as their 2022 tour will see the band perform at stadiums across the country next summer. The 19-date North American tour will kick off on July 23 in Denver and is scheduled to wrap up on September 18 in Arlington, Texas.

The Red Hot Chili Peppers will be bringing along several of their high-profile friends at various stops along the way. Support acts include Beck, St. Vincent, The Strokes, HAIM, Thundercat, and King Princess.

Tickets for each show will go on sale Friday, October 15 at 10 AM local time. Check out the full list of tour dates below and get tickets here.