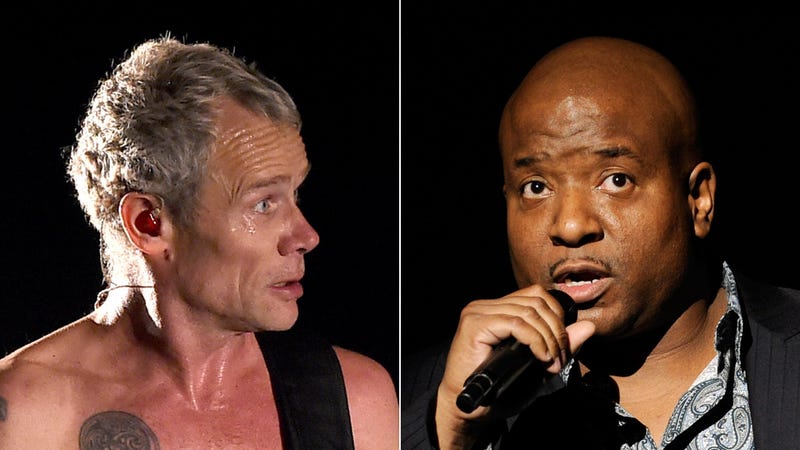 It seems as though if you've ever wanted Red Hot Chili Peppers bassist Flea to make a cameo in a movie, or provide his musical services on a song, his answer would likely be "baby, you got it."

Michael Peter Balzary, better known as RHCP's Flea, is known for his cameos in beloved films like Thrashin', Less Than Zero, and Son In Law, as well as his credited roles in The Chase, My Own Private Idaho, and Baby Driver among many others -- and the musician and actor has also played bass (and more) for a wide array of artists.

Aside from his duties in the Chili Peppers, Atoms For Peace, and his own solo work, he's played for everyone from Jane's Addiction, The Mars Volta (trumpet), Pigface, and yes, rapper Young MC. Fans will even catch the famous stuffed animal pants he wore in the Peppers' 1989 video for their cover of Stevie Wonder's "Higher Ground" in the classic video above.

Side Note: The 1989 "Bust A Move" clip also features celebrated supporting actor Max Perlich -- who you should know from a number of excellent films, but remember vividly as Yabbo in that year's cult-classic Christian Slater skateboarding flick Gleaming The Cube -- which also had appearances from pro skaters Christian Hosoi, and Tony's Hawk and Alva. It was a cameo kinda year, 1989! Check out this list of other musical collabs Flea has been happily a part of over the years.