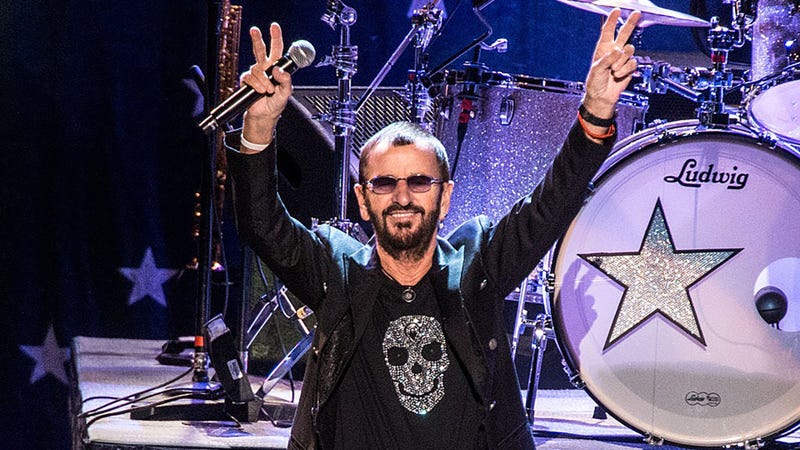 Ringo Starr, Matt Cameron, Max Weinberg, and more of the world’s greatest drummers have teamed up as part of WhyHunger’s new campaign to end world hunger.

The “Drum Together” campaign released Monday features over 100 artists teaming up to perform a cover of The Beatles’ hit song “Come Together.”

The campaign hopes to raise awareness about global hunger and raise funds to support WhyHunger’s mission to tackle the root causes of hunger and invest in “grassroots solutions to advance the human right to nutritious food for all.”

“We all can agree that no kid should be hungry, and everyone should have access to nutritious food. This is a great cause that I've supported in the past and a great track - one of my favorite Beatles songs. So, when Jim Keltner asked me to join all these other drummers, I was happy to. Peace and love,” Starr said in a statement.

According to WhyHunger, 90 cents of every dollar raised will go directly to programmatic work.

“Since our beginning, WhyHunger has used music to drive social change. Drum Together is the epitome of our mission and roots," said Noreen Springstead, executive director of WhyHunger. “Hunger is not a new problem, but it is solvable. COVID-19 has only exacerbated the social injustices that have long existed at the root of hunger, from racism to the lack of a living wage. This is the moment for all of us to come together to strike at the root causes of hunger and ensure the most basic human right to nutritious food for all.”

WhyHunger noted that the project was designed to support the effort to end world hunger, especially in the aftermath of the coronavirus pandemic. Which “has had a dramatic impact on hunger and poverty rates across the globe.”