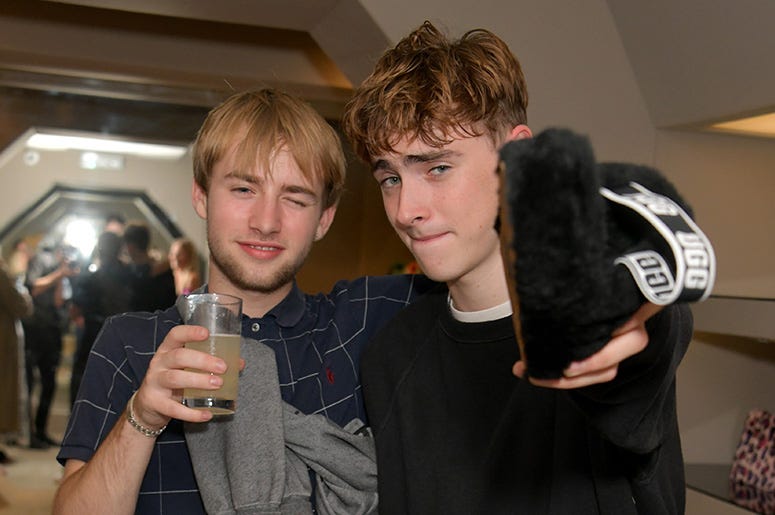 Ringo Starr and Liam Gallagher are probably hoping the phrase “Like father, like son” doesn’t apply to their kids’ arrest at a London grocery store, last year.

Police say Sonny Starkey, 19, Gene Gallagher, 19, and model Noah Ponte, 20, entered a North London Tesco Express at around midnight, May of last year. The trio might have been trying to extend their champagne supernova, as officials say Ponte attempted to steal a can of beer. One of the shop workers tried stop the theft but Ponte belligerently told the worker, “You bloody Indians. Go back to where you came from. You're not wanted here."

Tensions exploded when witnesses say all three delinquents then attacked the worker before leaving. UK publication The Sun says Gallagher and Ponte are accused of racially aggravated assault, while Starkey faces two charges of assault. The three are set to face trial on January 18.

Meanwhile, Liam is adapting to our COVID concert landscape with a new set of socially distant live shows performed on the river… the River Thames, to be exact. The former Oasis rocker says the Down By The River Thames concert series starts December 5 atop a boat, on the river.