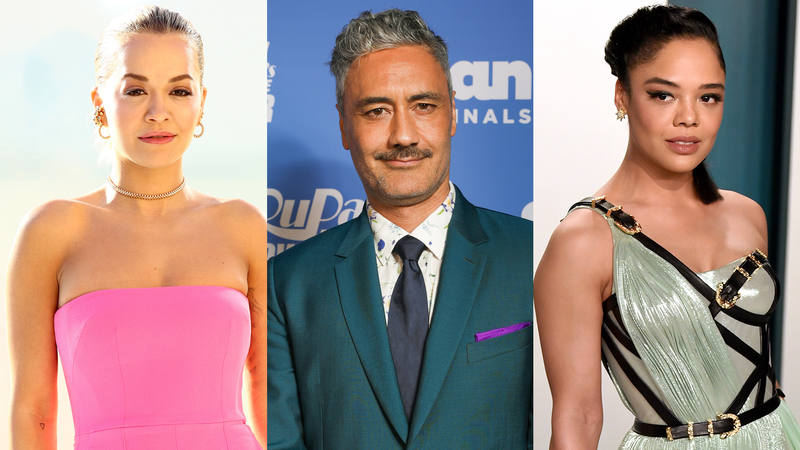 Well, well well, in quite the development, it appears the rumored romance between Rita Ora and Taika Waititi is in fact based on truth. And not only that... in possibly the most unexpected of plot twists, the couple might actually be a throuple, with their third being, Tessa Thompson

In paparazzi pics published by the Daily Mail, the trio were spotted cuddling up and kissing on a terrace in Sydney, Australia, and ummm we have so many questions.

First of all, are Rita and Taika in an open relationship? Was Tessa just randomly invited into the mix, or is this a thing? Isn’t Waititi still married? Who were those people with them? Was this just them rehearsing a scene from Thor: Love and Thunder? The list is endless… and we need to know!

Okay, so here’s what we actually do know — we know that Tessa and Taika have worked together in the past on previous Thor films, including Thor: Love and Thunder, which is currently filming in Australia which sees Waititi directing and Thompson reprising her role as Valkyrie. Additionally, we already knew that Rita is also down under for the singing competition The Voice: Australia for which she is a coach.

Some other things we know — since quietly splitting with his wife, Chelsea Winstanley, two years ago, Waititi has been rumored to be dating Ora, although neither has publicly confirmed this to be true. However, Rita did recently post a photo dump featuring a pic of her rumored beau. Also both Ora and Thompson have publicly said they are bisexual in the past.

Since being released, the pics have obviously gone viral, sending the internet into a complete frenzy. As always we did the Twitter scrolling so you wouldn’t have to. From interest in joining, to confusion, and complete jealousy, below are some of our favorite reactions.

is there room for another in this rita ora, taika waititi, tessa thompson thing? asking for a friend (myself) pic.twitter.com/iyZGQb9KoF

pov: you hop on twitter to see pics of taika waititi, tessa thompson and rita ora having a three way kiss. good for them. as they should. pic.twitter.com/LzysSAJAr9

Taika Waititi when asked to choose between Rita Ora and Tessa Thompson pic.twitter.com/F9eiZGTNFL