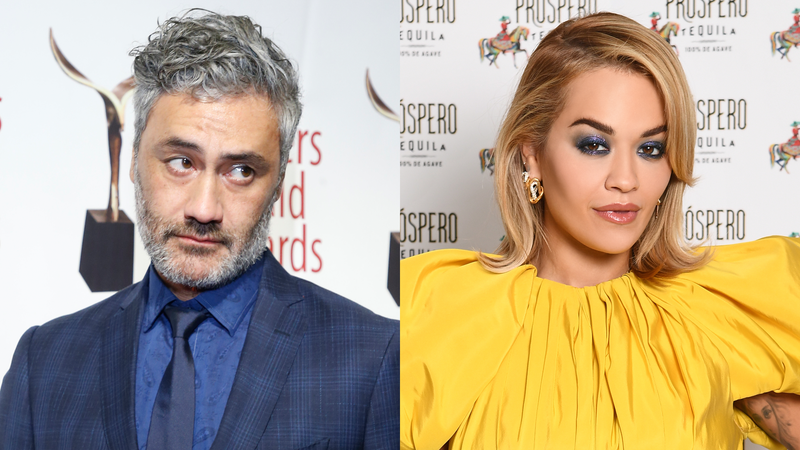 If you’re into celebrity gossip then you’ve probably already heard the rumors that Rita Ora and Thor director Taika Waititi are dating. Well, we’re here to tell you the rumors are true, allegedly, if you trust “sources” and photographic evidence.

Not to steal the spotlight from Pete Davidson and Phoebe Dynevor or Kourtney Kardashian and Travis Barker, which we are equally as obsessed with, but this cute coupling has us hype and we’re not afraid to show it.

According to a few snaps producing spotting and reports from sources, the pair have been dating on the DL for over a month after a chance meeting in Sydney, Australia. But, the rumors got extra swirly last week on April 21, when Ora casually shared a Gucci clad, loved up pic of her and Waititi as part of a mid week IG photo dump. For those eager to see, we get it, swipe to #6 of the series, oh, and the caption got us too, “Good times, memories, random things on my phone and the ones I love.” Yeah, girl just out here throwing the L word around likes it’s no biggie.

Setting our utter fascination aside for a moment, for those of you who might be unfamiliar with Ora’s latest flame, Taika is probably most notably known for directing Thor: Ragnorok, for which he also voiced for fan favorite Korg. Additionally, in 2019, he won an Oscar for Best Adapted Screenplay for his film, Jojo Rabbit, and has also been involved in directing for the Disney+ series, The Mandalorian.

Taika is currently in Australia filming his next Marvel project, Thor: Love and Thunder, where Ora currently still is, as seen in her IG post below, leading many to speculate that Rita could possibly have a role in the film, meaning their meet cute might have happened on set.

With our obsession for celebrity couple gossip almost equalling our love of all things Marvel, this latest development has us particular jazzed, if you couldn’t already tell. So if you hear otherwise regarding this relationship being anything but facts, keep it to yourself, please and thank you, we’d rather live in denial, like oversized, NoobMaster69 berating, Endgame Thor.