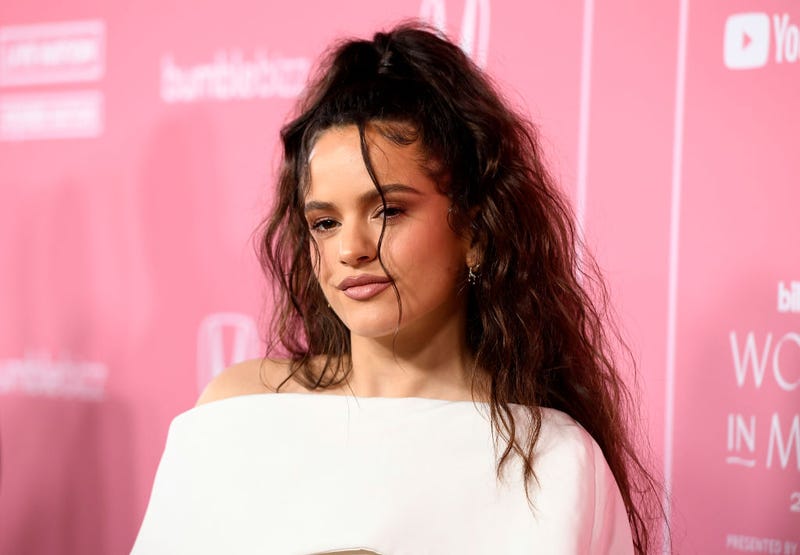 Originally from Catalonia, Spain, 26-year-old Rosalía Vila Tobella has risen to international acclaim for incorporating flamenco elements into pop and reggaeton. She’s worked with some of the biggest names in Latin music like J Balvin, had a cameo in a Penelope Cruz movie, and played the Lollapalooza and Glastonbury music festivals on her first world tour. “Yo x Ti, Tu x Mi,” her collaboration with Ozuna, peaked at number one on Billboard’s Latin Airplay and Latin Digital Song Sales charts.

Flamenco with a twist

Classically trained in flamenco, Rosalía has received critical acclaim for taking risks with the genre. Her first studio album, “Los Ángeles,” which reimagined classic flamenco songs, earned her a Best New Artist nomination at the Latin GRAMMYs in 2017.

In 2018 she hit it big outside of Spain with “Malamente,” the first single off her second album “El Mal Querer.” Every song on the album is named after a chapter in “Flamenca,” a 13th century Occitan novel. “El Mal Querer” won the Latin GRAMMY Award for Album of the Year in 2019.

Rosalía has been adopted into reggaeton by huge names in the genre like Ozuna and J Balvin.

Her first collaboration with Balvin, “Brillo,” was featured on his fifth album “Vibras,” and in 2019 their second collaboration “Con Altura” topped charts in several Hispanic countries and reached over a billion plays on YouTube in less than seven months.

She’s posted pics with the likes of Khalid and Dua Lipa, teased a collaboration with Billie Eilish in March, and sparked rumors that she was dating Bad Bunny in June, but her most famous friendship may be with the youngest sibling in the Kardashian clan, Kylie Jenner.

Social media first caught wind of their friendship in December of 2019 when Jenner posted pictures of the two sipping mimosas on a patio.

The pair shared another picture together in early January, but Rosalía has been on Kylie’s radar for months. She posted a picture with Travis Scott in July and was featured on his remix of “Highest in the Room” in 2019.

She’ll be performing at the awards show where, if she wins, she’ll make GRAMMY history.