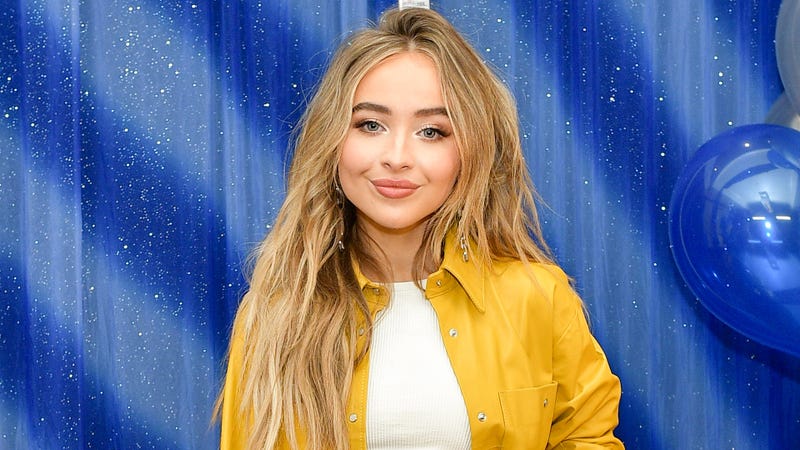 On the latest episode of And The Writer Is… with Ross Golan, Sabrina Carpenter discusses music, acting, the entertainment industry and everything that comes with it.

Since her Disney Channel sitcom days, Sabrina Carpenter has made methodical moves in her career to become a streaming service starlet and singer. Suffice it to say, she’s put in the work.

That said, being in an industry that likes to break people down as quickly as they rise, Sabrina has encountered her fair share of negativity, despite her every attempt to avoid it. When faced with that unavoidable fact, the only way to keep going, as Ross pointed out, is to allow those negative people to fuel you in a positive way, and that’s exactly what she’s done.

In Sabrina case “it wasn’t the kids” growing up that “hurt me as much," but rather “as I got older, like grown adults saying things like they didn’t believe in me, or I couldn’t do this, this and this. Or compared to this person, I don’t have a vision or a story, or whatever it is, I’ve heard it all. That’s where I started to get a bit more fueled by people’s lack of belief.”

She continued “Totally, I definitely think that there’s a percentage of negative forces that fuel the positive outcomes, so very grateful for all of it, even though it sucked.”

Sabrina and Ross kept the convo going, talking about everything from starting her career by posting YouTube covers, using songwriting as an outlet, evolving as an artist to become her most authentic self, and so much more.

Listen to Sabrina’s entire interview above.

Every week on And The Writer Is… with Ross Golan acclaimed and venerable songwriters sit down to intimately discuss what happens behind closed doors in the music industry. There are millions of singers, thousands of artists, and only 40 top songs per genre at a time... this podcast is about the people who make them.