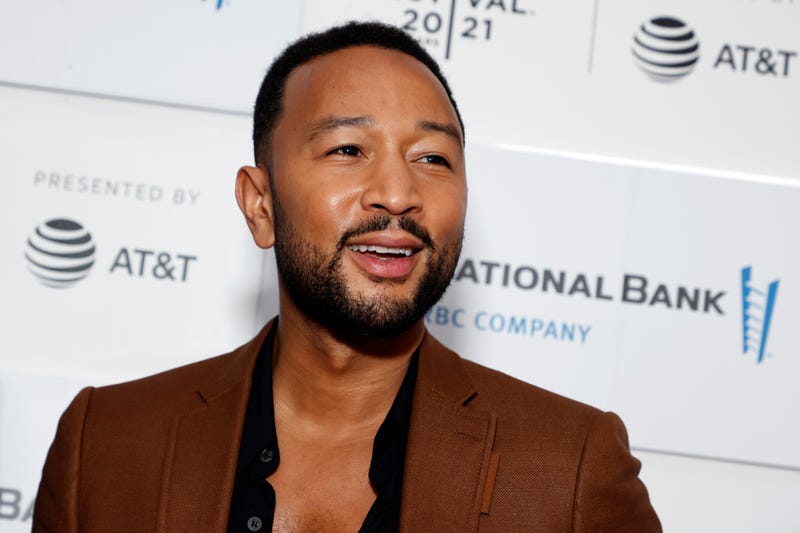 John Legend got a tattoo designed by his daughter and it’s the cutest ink we’ve seen in a while.

For all of your favorite John Legend tracks, check out the John Legend Radio exclusive station, now streaming on the Audacy app.

Initially, the EGOT winner was going to get a tattoo designed by his daughter, Luna, 5, a while ago, but Chrissy Teigen called out Legend for not living up to his promise.

Now, the “All Of Me” singer is following through. Legend went to his favorite tattoo artist, Winter Stone, and finally received the ink crafted by Luna. 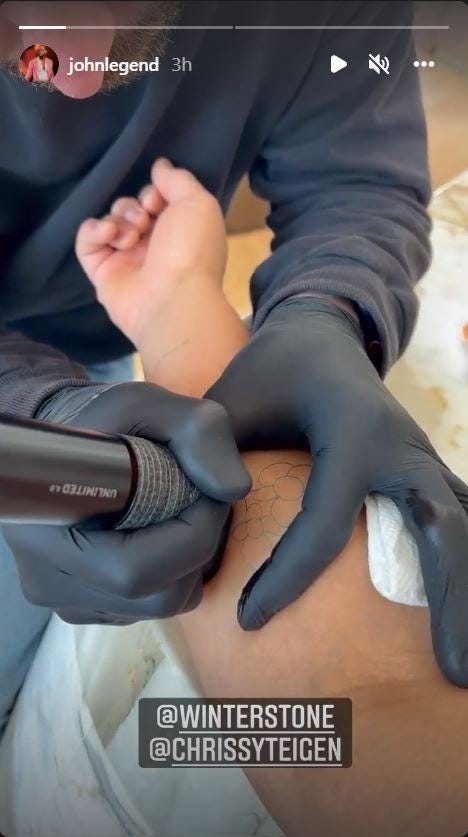 On his Instagram story, Legend shared the process of getting his tattoo as well as the final result. He wrote, “New tattoo by @winterstone based on a sketch by Luna,” beside a thin line drawing of a bouquet of flowers placed on his forearm.

In the video before sharing the final product, John is seen receiving the delicate flower design created by his daughter. In the post, Legend tagged his wife, letting Teigen know that he finally came through on his promise.

Prior to Legend’s flower bouquet, Tiegen received a sweet cartoon butterfly on her forearm, which was also designed by Luna. During a conversation with Ellen DeGeneres Tiegen explained, “Luna was drawing on us one night, and then she was like, 'This is the best butterfly I've ever drawn!' and I was like, 'I agree!' And then she drew like a beautiful floral bouquet on John's arm."

She continued, “He was like, 'I'll tattoo mine if you tattoo yours?' And I was like, 'Well, I don't want to say it, but yours looks a lot better than mine.’” She joked, “But we support the arts in our household."